India must raise rates even if US does not; open up term deposits to SAARC citizens 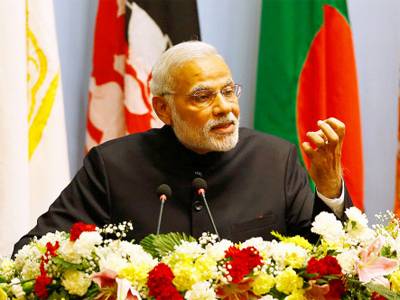 The sudden change in US decision against rate increases apparently under pressure of the US corporate should not deter India from raising rates. The volume of two economies is different. The US possibly has not taken a wise decision in putting off the interest rate increase. The US economy as per the Federal Reserve (Fed) is gradually heating up.

The present decision is stop gap. The Fed is likely to take a fresh view in December 2015.

Its interest rates remain almost at zero percent since the 2008 recession. Despite Chinese yuan devaluation and cheaper imports, the US economy has heated up to 1.2 per cent as its employment increases and prices rose. The US is stated to have succumbed to its corporate. Having lived on a low interest regime since 2006, the US corporate does not want to pay higher rate.

A lower interest rates is to hurt the average US worker, whose savings are dwindling. The latest hope almost after nine years would again be forcing US workers to lose a lot on their meager savings. Still having largely part-time jobs, the workers are facing a double whammy. They are being paid less and the little savings they can do fetch the lower yields. The US move is likely to hit its common man’s economy hard. They are suffering heavily since 2008, for seven years in a row, and denial of a rate raise is to further hurt them.

Though the US decision has cheered Indian stock markets, it is in reality not a sign to be happy. RBI governor Raghuram Rajan almost simultaneously came down heavily on the Indian businesses for their ‘jugaad’ – unprofessional short-cuts to reap profit. India has no reason to follow the Fed. The RBI has duty to protect its large number of average and in most cases poor savers. If India fails to increase interest rates, its people’s economy is likely to be hit hard.

The stock market increases does not help the average investor. They do not put their money in stocks. But the way they are forced now to invest in mutual funds and insurance put them to greater risk.

The US move is to put countries like India at greater risk. The rate rise would have encouraged people to spend less and save more. It would have put a check on US corporate profits and also keep the prices low. Now the higher expected prices are likely to heat up world economy.

The Fed as its chairperson talked in nuances at the presss conference indicate that she still believes it appropriate to begin raising rates. The improved financial health of households and banks, mean that slightly higher rates should not cause too much pain..

Rupee gaining on the US decision is seen as positive. But it can reverse as well. How long India can depend on the largesse of international powers?

Rupee can tumble at the slightest shock. But it would not add to exports as demand is low in major global markets. So far, India has done little to allow strengthening of the rupee. Strong steps are needed. If rupee continues its recent gains, it may change dimensions. That requires many policy changes including going slow on the so-called “reforms”.

The government expects the economy to grow over 7.5 per cent.

On the domestic front, the government is concerned about less than desired growth in manufacturing and the industrial sector. The farm sector owing to deficient rain may have about 30 million ton less yield. Apart, pressure of the organized corporate also prevents the government from taking a pragmatic step.

The government has to weigh options. There is credit slowdown in public sector banks, which are burdened with the highest non-performing assets (NPA). Seven-bank consortium has in mid September recorded Rs 7500 crore loan to Kingfisher as losses. On the other hand private sector banks with minimum NPAs, posted higher credit growth, says RBI in its annual report. There is something serious into it.

Credit rates are at its lowest. Less than a dozen large companies account for over 95 per cent of NPA. Any cut in rates would benefit these companies in a huge manner. But it would be at the cost of the poor depositors, who have lost heavily as large houses pilfered their deposits and now earn less because of lower interest rates.

They have also to shell out more on taxes to fill up the government coffers so that the government could recapitalize the banks. Domestic banks roughly require Rs 240,000 crore by 2018 to maintain capital adequacy ratio – almost equal to the official Rs 3 lakh crore NPA. In 2015, the government has committed to infuse Rs 25,000 crore.

The government cannot be soft to the pilferers of PSBs. There are groups which have not paid a dime back to the banks since 2008, says Credit Suisse. A part of the loans have also been reportedly written off. Actual NPAs would touch about Rs 5 lakh crore. Any cut in interest rate without realising the loans from the largest borrowers can end up collapse of the banking industry and ruination of the Indian economy.

Besides, lower interest rates are also causing problems of lower savings. It is hurting the senior citizens, pensioners, women, average entrepreneurs and the poorer people the most.

During the 1960s small savings fuelled the Indian economy. That still remains fundamental. It appears large companies used to devious methods are once again robbing the poor.

A higher rate would ensure not only having higher savings but also flow of funds from various other economies.

It would pave way to succinctly invite all those who can put money in India. Some change in rules for allowing specific SAARC and other countries people to put money in term deposits can also be considered. It can create a new economic brotherhood apart from adding strength to the economy.

The efforts have to be matched to make the large borrowers repay all that they have gobbled up over the years.

The Fed moves are not an invitation to cut repo rates. India need neither be gleeful nor panic. Raising rates can turn out to be the beginning of a new economic direction.