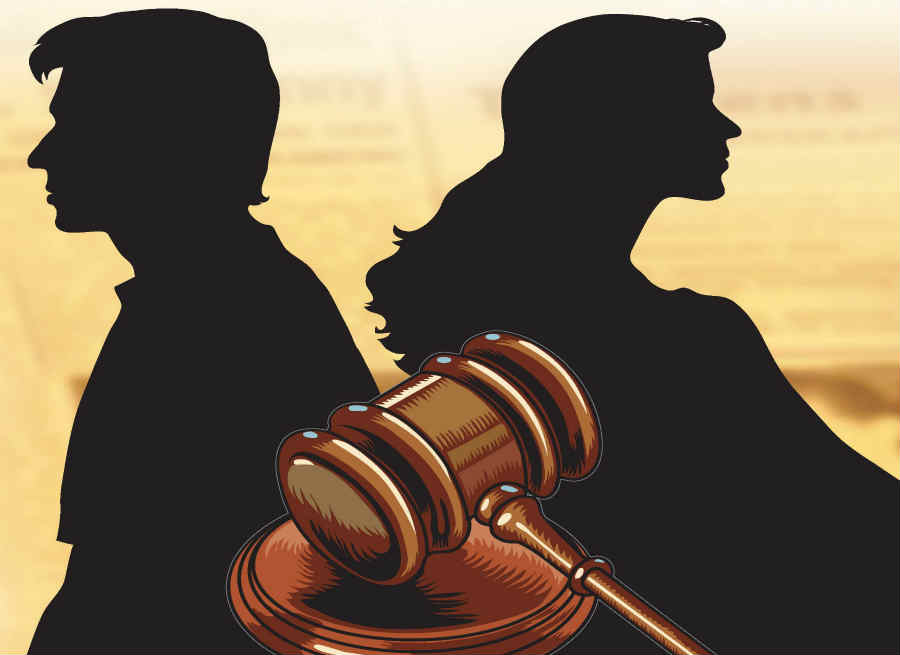 It is wedding season in India, the time of year when astrologers say the omens are best for a long and successful marriage. There’s been a 100% increase in divorce rates in the past five years alone. Most of those splitting up are members of India’s thriving, urban middle class whose lives have been transformed by India’s boom, and whose aspirations are radically different to those of their parents and grandparents, and also downtrodden. The pressures of the modern workplace make a bigger difference, than whether it was a traditional arranged marriage, or a so-called “love marriage”. Ultra smart and ultra modern attitude and that to be borrowed one is the cause. Most girls they won’t prefer to stay with in laws, for the reason best known . I also feel they lack patience and tolerance. They don’t want to put more efforts into a relationship to fix the issues, and they feel that escapism is the solution. The courts are now seeing so many new cases that the government has proposed making divorce easier and faster, in line with other countries. I met a person working at a MNC , they fell in love as teenagers, married in their early 20s and separated three years ago when she walked out. What is this ? If both husband and wife is earning then it is beneficial as now days inflation increases. As well as why we should we waste her knowledge no doubt if she is earning equal or more than husband it creates some issues but it depends upon love and understanding. Today’s working environment has changed drastically. The economy having opened up, most companies are facing intense competition and this leads to tremendous pressure on employees. Working late, 6 days a week, without holidays and with a boss who breathes down your throat can create a lot of frustration and tension. This can destroy a marriage, whether it’s just one partner working, or both.

Nuclear families have meant loneliness for the non-working partner, compounded by moving away from familiar environments. This can result in estrangement, affairs, sex. Its ,” main kyu karu ?”. The woman in the relationship , thinks herself to be independent , and an independent woman does not compromise irrespective to anything . On the other hand , a man in the relationship , is “The Man” , why should he also compromise on being a stay -home dad. As, a result the relationship breaks . It is a two way thing ! I want to divorce my husband because he is not well-endowed- A lady version. A marriage counselor could also help, provided both of you decide to get out of denial.In my opinion, a woman satisfaction is in her head. Indian parents are very involved with their adult children’s life and life choices. So if your son/daughter is divorced, you as a parent have failed. This is an additional thing for couples to think about. It’s just not about them, its also about the family. Men and women are probably equally honest about who they are before marriage. The problem is, we all leave things out-and it’s really hard to recount every experience that you’ve ever had to your significant other, especially if the experience/trait/story doesn’t carry a whole lot of weight for you, personally. Many people are just unrealistic when it comes to their expectations in marriage. You are marrying another person that lived a whole lifetime before they met you.People are complex by design. Women are not out there seeking to ‘trap’ or trick a man and there are very few men that it would be worth a woman’s effort to trap. Marry pretty women or ugly ones. Short ones or tall ones. Blondes or brunettes. Just, whatever you do, but marry someone having a soul . Well, whatever men want, the truth is that women are not going to go back to their traditional gender roles in fact the opposite is happening. More and more women are going out into the big bad world and it’s good. Modern industrialized society is different from an agricultural economy and women need to contribute. Whether for men or women, I guess greater comfort levels with the changed gender roles is a must! Women need to value and respect men who earn less than them and men need to put aside their egos when faced with a woman who earns more. Obvious but easier said than done! I just hope we don’t have to wait for another hundred years.

According to surveys and being a lawyer , I find man are the worst sufferers . These husbands were unfortunate to get a bride from feminist/matriarchal families, who play by the simple rule that either husband is under their thumbs, or they file legal/criminal cases on him to extort a ‘mutual’ divorce and settlement running starting from demand of 20 lakh to no upper limit, or/and properties of husband’s family. After that, they may enjoy that settlement money or target their next victim. But it has been seen that their intention in life is more about destroying things and it is probably true that they don’t care about their societal image or even giving second marriage any seriousness. For them, the only serious business about marriage is how to enslave husband and get his property and money if he balks at it.

Most men facing 498A, DV, maintenance etc are into private sector jobs Most of such men facing these issues are into professional jobs like IT, finance, BPO etc. Very few will be from business or such related work. Also, it is rarer to see men from independent professions like CA, doctors etc. They are from typical middle-class families, with a mindset of playing by the rules, and being good citizens etc. It is easier to manipulate such families. Many reasons leads to divorce , High expectations are the key to everything unless of course we are talking about marriage. Expectations and laziness can go hand in hand when it comes to predicting whether a marriage will end in divorce. Men and women both make a lot of assumptions when it comes to marriage and what to expect from a marriage. These assumptions are based on many variables and problems arise when the outcome (marriage) doesn’t meet the assumptions or expectations. Expectations, rarely align with the realities of what life is like inside marriage. Women are taught by society that men want sex, that men think about sex and that sex is just second nature to men. According to society, if you marry a man you can expect that man to want sex with you. According to a lady , “I married a man who defined his own rules when it came to sex. He didn’t think about sex, it was not second nature to him and since he married a woman who expected her husband to desire her sexually it goes without saying that there were problems in the marriage, problems that lead to divorce. If he had communicated to me before marriage his lack of desire I would not have married him.” This is where communication and expectations play a role in the outcome of marriages. Communication before marriage can keep down any unrealistic expectations one may have of marriage. Separation is not about infidelity or unhappiness. Divorce can be and is avoided by those willing to work hard at marriage, those who know how to effectively communicate and those whose expectations are realistic.

It has been seen couple together for 23 years filling for divorce , strange. The reasons are far less dramatic. Some relationships have been in decline for decades and finally lose all their juice. A marriage doesn’t usually just blow up. It’s more like a balloon that has been seeping air for a long time. After a while, it’s totally deflated. A typical scenario is where a husband and wife live increasingly different lives: He gets more and more involved into work and she gets more and more into her children . Lack of communication and loss of trust are also issues that can seriously push a marriage toward divorce. The overwhelming majority of marriages are not presented with such mega challenges. Still, plenty of breakups occur after a relationship of many years. Although some people are able to negotiate the inevitable bumps in the road, for others those bumps turn into a sinkhole — something that they cannot seem to climb out of. Men, bored by the constraints of monogamy and domesticity, heartlessly dump their girlfriends or leave their wives. While newly-single men enjoy the freedoms of singlehood, their exes sob into a pint of ice cream. Men crave relationships and marriage much as women . If you know a guy who has recently gone through a breakup, don’t assume that he’s taking it easily. Obviously, it is important to provide the same help and sympathy to women, but women may have an easier time seeking a confidant and asking for assistance. It is not easy for both the sexes.

Sex is also an important aspect too, it cannot be ignored. The spark has to be on , libido. It is a lucky and unusual couple who, decades into a marriage, still feel the same passion for each other that ignited their early relationship.Far more common is the story of the once-happy sex life that has waned as the years passed — that initial physical bond becoming fractured in the maelstrom of raising children, earning a living, running a house and growing older. Sex is the vital component in a functioning relationship, but it doesn’t have to be incredibly frequent. A couple just need to know they have those moments of intimacy which only they share, and which bond them together.

God is worshiped as Shakti, the mother of all creation. The rites and rituals of Hindu marriage date back to our forefather Manu. In Manu Smriti it has been laid down that Hindus should conceive of marriage as a union meant for the performance of religious and spiritual duties. It could not take place without the performance of sacred rites and ceremonies. Although the modern age has given rise to adaptations to the way in which we carry out Hindu weddings, it seems appropriate that we continue passing down certain traditions that have been with us since time immemorial. Finally, When a relationship starts, there is usually an outpouring of affection. You want to show how much you care for that person and what better way than showering them with material gifts. These gestures will end, suddenly, whether it is because credit cards were maxed out, or annoyance creeps in. This can be a deal breaker. The truth is, slow and steady wins the race. If you are lucky enough to find someone who burns an eternal flame in your heart – keep it that way. Feelings of butterflies don’t have to go away. True love is supposed to last forever, so why can’t the sensations last, as well?