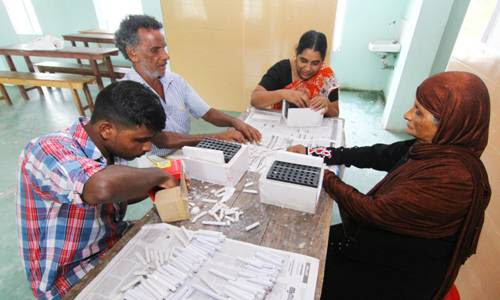 Maniyamma, an octogenarian tribal woman of Palakkayam colony in Chaliyargrama panchayat used to struggle with books and slates in her endeavour to become a neo-literate. But a ‘talking pen’ which reproduces the sound of a written text made matters easy for her and so many other indigenous people of the area. They moved the electronic pen across the alphabets and words of songs to hear and learn them simultaneously with ease. Below the roofs of Jan Shikshan Sansthan, Malappuram an NGO under the sponsorship of Union HRD Ministry, 320 Scheduled tribes including Maniyamma made their way into the world of letters and education. Here they not just learn letters but garner valuable lessons in health, sanitation, de-addiction, financial literacy and entrepreneurship. It is this talking pen and other such innovative efforts in literacy and skill development programmes which helped Jan Shikshan Sansthan(JSS), Malappuram to bag the covetous UNESCO Confucius Prize for Literacy, 2016.

The Confucius Prize for Literacy is an international prize awarded by UNESCO every year in recognition of excellence and inspiring experiences in the field of literacy throughout the world. Union Minister of State for HRD Upendra Kushwaha along with JSS Chairman and Rajya Sabha MP Abdul Wahab and JSS Director V. Ummerkoya received the award from UNESCO Director General Irina Bokova at a function held in Paris last month in conjunction with a global education meeting on ‘Reading the Past, Writing the Future’. This is the fourth time an organisation in India got bestowed with Confucius prize. This is not the first time that awards come in the way of JSS Malappuram. The organisation has to its credit various awards including national Sakshar Bharat Award by the Government of India (2014).

Though Kerala has one of the highest literacy rates in the country, this success story has not always reached traditionally disadvantaged groups such as women, ethnic minorities, ‘scheduled tribes’ and migrants, who often live in financially under-developed and marginalized communities. It is here that NGOs like JSS makes a change. JSS Malappuram provides non-formal education to the illiterate and training in different vocational skills for neo-literate adults. The organization also helps beneficiaries to find work or to start an enterprise individually or as a group and has trained around 53,000 people including 41,000 women.

Talking pen developed by State Resource Centre-Kerala is part of JSS’s Vidya Programme – a comprehensive development project for Scheduled Tribes of the district. Advanced technological tools including mobile computer lab, LCD projectors are also used for literacy programme. Instructions are offered in Hindi, English, Malayalam and other regional languages, including the tribal language Paniya. Textbooks are written in the community’s local language and are also available in Braille. Braille Literacy Materials are developed by JSS in collaboration with State Resource Centre- Kerala and Kerala State Literacy Mission. Under this programme 341 visually-challenged beneficiaries have got Braille Literacy along with a vocational training.

Ullasam to Unnathi: Tailor made projects for sustainable development

JSS Malappuram boasts of a set of vocational training courses which aims at sustainable and participatory development of marginalized communities. One among such projects is ‘Ullasam’ (Job with pleasure)- a novel venture which offers five days of job along with a day of yoga and meditation. Around 250 beneficiaries have been exclusively selected from widows, unmarried women of 40 plus year and divorcees. Under the scheme, non-woven cloth bag, baby bed, shoppers, mosquito cover etc are manufactured. Beneficiaries of the scheme are now earning Rs.5000-10,000 per month through the programme. Yoga and meditation exercises provided with the scheme helped in stress reduction. ‘Sparsham’ is another innovative project for the development of differently abled beneficiaries.

‘Insight’ is a special programme for the visually challenged group initiated by JSS Malappuram in collaboration with the Kerala Federation of Blind. A project named ‘Dalam’ (petal) was started by JSS in order to bring self sufficiency in vegetable production among rural population. Members of JSS family cultivated vegetable farms in their house yards and started distributing vegetable plants in grow-bags under the scheme.

‘Relief’ is another programme implemented by the JSS with the support of Pain & Palliative Society for enhancing the capacity of patients who are suffering from paraplegia and acute diseases. The patients are provided skill training along with some soft skills and plays to motivate them. Comprehensive Responsible Development through Education and Skill Training (CRDEST) is a special programme designed by JSS for the benefit of tribal youths with the collaboration of various Government agencies. Through this project hundred tribal youths are identified from various tribal settlements. One week residential coaching in various subjects along with soft skills is provided as part of the scheme. The tribal youth trained under CRDEST programme are working as facilitators, trainers and motivators in tribal settlements.

‘Unnathi’ (rise) is the latest mega skill development programme adopted by JSS for empowerment of women in coastal areas. Thousand beneficiaries identified for the project in the first phase will undergo six month training in embroidery and apparel making. After training they will be provided with sewing machines.

JSS Malappuram, a C category JSS is being provided with an annual lump sum grant of Rs. 30 lakh in two installments by the Union Human Resource Development Ministry. This grant powers the various activities of this institution. If the government can bring various government and non-government agencies under one umbrella, the benefits to the targeted population will many fold, opined Director of JSS.