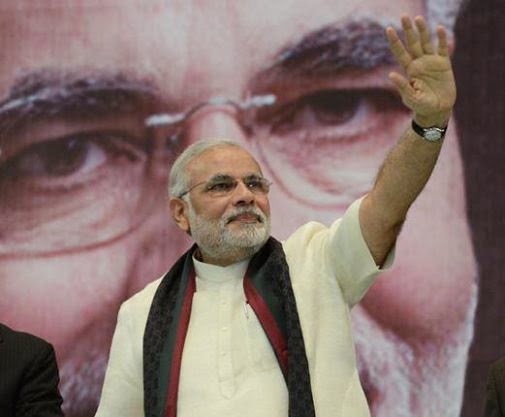 Good Samaritan initiatives from the governments especially in the context of North East India are often not publicized well in the national media. Generally, the debate ends up either about violence in the north east or about certain ‘Developmental and Peace’ initiatives undertaken by the government departments and official agencies from time to time. But many good things keep happening. Mizoram has left behind the troubled days of insurgency way back in 1986. Mizos are known for their hard working qualities and pragmatism in undertaking developmental works and education.

In fact, it would not be erroneous to say that to the natives of Mizoram, ‘development and peace’ are not mere philosophical or ideological concepts. These are no mere wishful thinking too. Leaving bad old days of insurgency behind, the Mizos believe these two traits suit their society today and are key stepping stones to a good life.

On 25th October 2015 ‘Mann-ki-Baat’ radio programme through All India Radio, when the Prime Minister Narendra Modi took the name of the hitherto little known Mizoram’s Khawalailung village from the remote Champai district, most Mizos were impressed. Almost the entire state echoed in one tone ‘kalaw mein’ (Thank You in Mizo language) to the Prime Minister Sh. Narendra Modi for his radio talk.

Most Mizo villages are community maintained, disciplined and clean. Visitors are often stunned to witness the kind of self-governing mechanism, even symbolism and perfectionist methods are maintained on the movement of dogs, cattle and chickens in these villages. Community and voluntary works are held to clean the village frequently, butchering of animals and selling meat on roadsides are banned and animals are slaughtered only in an appointed slaughter house and meat — staple food of the natives are sold only in a designated meat market. There are also segregated areas for selling fish.

Cleanliness of villages across Mizoram, across northeastern India and the rest of India is also part of an ambitious national programme being undertaken under Swachh Bharat Abhiyan. It’s a national campaign launched by the Prime Minister Sh. Narendra Modi on October 2, 2014. Speaking on the solemn occasion, it is worthwhile to recall that the Prime Minister had said the best memorial to Mahatma Gandhi would be to achieve a ‘Clean India’ by 2019, the 150th birth anniversary of the Father of the Nation. Certainly it is India’s biggest ever cleanliness drive and 3 million government employees and school and college students of India participated in the event.

The ambitious Swachh Bharat Abhiyan also called Clean India Mission incorporates a few structured objectives like – Elimination of open defecation by constructing toilets for households and communities, Eradicating manual scavenging, Introducing modern and scientific municipal solid waste management practices, and importantly enabling private sector participation in the sanitation sector and also changing people’s attitudes to sanitation and create awareness. The program was envisaged with plans to construct at least 12 crore toilets in rural India including for girl students in schools by October 2019 at a projected cost of Rs 1.96 lakh crore or US$ 30 billion.
Now the village Khawalailung will be perhaps in a position to be showcased as a model village under both National Clean Mission and also Sansad Adarsh Gram Yozana. The village was adopted by Mizoram’s only Lok Sabha member C L Ruala under Adarsh Gram Yojana. The new Adarsh Gram Yojana is a Rural Development programme, broadly focusing upon the development in the villages which includes social development, cultural development and spread motivation among the people on social mobilization of the village community. This programme was also launched by the on the birth anniversary of Jayaprakash Narayan on 11 October, 2014.

Under the ‘model village’ or Adarsh Gram programme, Khawlailung village with a population of 520 villagers has already taken important initiatives, like a Joint Action Committee (JAC) was constituted in the village to check the menace of drugs and alcohol-related problems. Seminars on importance of cleanliness were held many times in the village and many sanitation groups were formed to undertake practical work.

For projects under the aegis of Agriculture sector, the village was also benefitted with the grant of machines for juicing surgarcane for 22 families engaged in manufacture of molasses/raw sugar (gur) at a highly subsidised rate.

Similarly, beneficiaries were identified and assistance provided under the Integrated Wasteland Development Project (IWDP) for construction of farm pond and terrace. Under Rashtriya Krishi Vikas Yozana (RKVY) families were also identified and provided with one piglet each. In fact, the list of good works in the tiny village can go on.

But what needs to be appreciated and in fact emulated is the pragmatic and inherently hard working nature of the Mizo people. If the villagers in other northeastern states and more so in rural areas in states like Jharkhand and Chhattisgarh can emulate the Mizo people, things can change a lot.

Originally a primordial economy, Mizoram today represents a modern society with higher rate of literacy, good knowledge bank of English education and quality works in cane works, handloom and agriculture. Satisfied with the series of developmental works carried out in his state, the Late Laldenga, a former insurgent leader and a former Chief Minister, had said once that a climate of peace and stability in the state can bring in magical results.
Truly, going by the spirit of the statement, it is high time for the people of the region to mobilise wider public opinion against all sorts of violence and bring about lasting peace in the north east region.