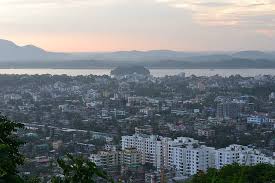 CLAUSE 6 OF 1985 ACCORD DIVIDES THE STATE
With both central and state governments committed to implement Clause 6 of the 1985 Assam accord, intended to ensure the preponderance of Assamiya identity, culture and language, there are fears that non-Assamiya people, mainly Bengali Hindus and Muslims, will suffer a total marginalisation. Life for them, post CAA (Citizenship Amendment Act), could turn into a journey that leads to a final conflagration from the frying pan. The rigorous implementation of Clause 6 would involve the total loss of their civil rights for non-Assamiya people in Assam.

With almost 100% reservation to be mandatory for native Assamiyas( Hindus and Muslims) and scores of indigenous tribes in official jobs, educational institutions, etc, non -Assamiyas may find it impossible to earn their livelihoods as normal citizens or acquire higher education. There are proposals also to prevent them from owning land or acquiring property. For the record, the present population of Assam is 2 million, as estimated during the recently ended NRC (National register of Citizens) upgrading . Unless about 50% of the people are to be perpetually condemned to serfdom, this state of affairs must be discussed thoroughly at the highest level to find a balanced solution.

Major concern for such an existential crisis for such a large group of people is being regularly ventilated in the non- Assamese media by social observers, educationists and intellectuals during the last few weeks. There are no signs yet that the State and Central Governments, both run by the Bharatiya Janata Party (BJP) are aware of the sharply rising tensions in the three Barak valley districts.

It needs stressing that the Prime minister Mr. Narendra Modi and Union Home Minister Mr Amit Shah have both assured major political parties and the people of Assam about their future security and primacy, in the post CAA period. The concern about Assamiyas turning into a minority in their homeland stems from the fact that they constitute around 48% of the population, as estimated by noted Assamiya researcher and social activist, Mr Sanjay Hazarika.

The Bengali Hindu community is more sharply split by the centre’s assurance to the BJP-run state Government about Clause 6 matters. On the one hand, the community is relieved that thanks to the Citizenship Amendment Act (CAA), their harassment from successive state administrations and its agencies in Assam will end, as it confers them citizenship. This follows a much-discussed schema within the BJP, which took its baby steps in the Northeast with the support of mainly Bengali Hindus in the Barak valley. They felt hard done by both the Congress and Asam Gana Parishad Governments over citizenship issues.

Bengali Congress leaders such as Mr, Kamalaksha Dey Purakayastha, had repeatedly warned non- Assamiyas during the last few months that the benefits from gaining citizenship would be more illusory than real, as the implementation of clause 6 provisions would reduce them to serfdom again.

Initially, the position of non -Assamiya Muslims, (mainly of Bengali origin, but most declare Assamiya as their mother tongue in census operations) appeared more secure in the post CAA period. Unlike Bengali Hindus, they did not vote for the BJP in bulk, their support divided between the Congress and the AIUDF (All India United Democratic Front). Numerically, they outnumber Assamiya- speaking Muslims. Recent estimates put their figure at 9 million out of a total Muslim population of 13 million, meaning that Assamiya speaking Muslims account for around 4 millions.

There is a small segment among Assamiya Muslims which comprises people converted from Rajbongshi labourers in the tea and agriculture sectors in Assam. They came over from other areas during the British rule. There have been conversions to Islam among some native tribes as well. These Muslims are broadly divided into four sub groups — Goria, Moria, Desi and Jola (tea labour). Leaders of these groups have been assured by central and state governments that they would enjoy special reservations in official jobs and employment opportunities to ensure their social progress.

However, leaders of the four sub groups have pressed for such reservations to be announced for each group separately, to forestall any possibility of anyone being left out. This could happen if Assamiya Muslims were granted reservation as one large homogeneous group. A proposal to this effect is being considered at the highest level.

A major grouse of the Khilonjia(native Assamiya) Muslims is that their numbers being fewer, the community is spread too thin on the ground in parts of Assam , compared to the Bengali-origin Muslims, who dominate the Muslim-majority districts and play a major role in electoral politics.

Further, there could be a major possibility of ethnic violence erupting again. It has been estimated that over 67% of the land in Assam is under the occupation of Muslims. Given the existing proportion of Assamiyas and non-Assamiyas among the Muslims, it can be assumed that a large chunk of this territory is under the ownership/possession of Bengali speaking people which has been actively engaged in Assam’s agricultural production over generations, since the 1920s.

If these people are now denied their ownership, can they be expected to quit their work, and simply walk away from their hard earned assets and properties peacefully, without a struggle?

It remains to be seen whether the clause 6 provisions are challenged legally by the minority groups in Assam who feel increasingly insecure over the latest official moves. There has already arisen a demand for a separate Union territory to be created in the Barak Valley districts, so as to accommodate minority sentiments/aspirations in terms of religion and language, in Assam. Naturally it has been opposed by Assam-based political parties, which are already bitter about the many divisions that were made within the greater Assam territory since 1947. They do not want the territory under Assam to shrink further.

As against this, people in the Barak Valley being culturally and linguistically more aligned with the neighbouring Bangladeshi districts, have consistently complained of neglect, exploitation and mistreatment from the upper Assam bureaucracy and political leadership.

Since the Barak valley provided the initial breakthrough for the BJP in the politically complex NE region, it remains to be seen how the BJP-ruled Delhi balances the frequently conflicting/competing aspirations of major ethnic groups in Assam — ethnic relations have not always been particularly smooth or peaceful over the past decades. It certainly won’t be easy.