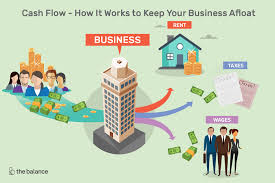 DISINVESTMENT IN LIC IS A RETROGRADE STEP
The second budget presented by Mrs Nirmala Sitharaman and the seventh budget of the NDA-BJP government is another disappointment but not all surprising. When our economy is admittedly facing a downturn and confronted with serious problems, it was expected that steps would be announced in the budget to improve the economy and put it on the growth trajectory. But the Budget is docile document with usual figures and statistics, promises and expectations and it is unlikely that this budget would help to turn the tide.

Doubling the farmers’ income is being repeated for the seventh successive time in the budget. Right from 2014 Budget, this is being repeated. But no concrete measures have been announced to achieve this. Unless the agriculture sector can grow at a rate of 14- 15 per cent per year, this is not achievable. Given the present poor growth rate in this vital sector, repeating this rhetoric is of no use.

The target for agriculture credit for 2020-21 is set at Rs 15 lakh crore. But this will be of no use unless it is accompanied by reduction in rate of interest. Easy methods should be devised to extend loans to small and marginal farms, tenant farmers otherwise, these bulk of the farmers would continue to suffer from usurious money lenders. Mere target is of no use. For agriculture, irrigation and rural development, allocation is announced as Rs 2.83 lakh crores. But no scheme has been outlined to implement this.

For higher quality education, it has been announced in the budget, to allow FDI and external commercial borrowings (ECBs). This is most undesirable and would make our education system more of a commercial activity and business proposition. The government is talking of ‘Study in India’ scheme whereas our own children have not access to proper education. This is just one more slogan devise. It is an irony that when our country needs more doctors and nurses to ensure better health care, the budget talks to training our doctors and nurses so that they get jobs abroad.

The budget talks of setting up another 100 airports by 2024. Already our airports are being sold away to the corporates and this announcement is also to cater to the demands of the corporates.

In this budget the government has announced the increase of Deposit Insurance cover from Rs 1 lakh to Rs 5 lakh. This is most unwarranted. Already, under the provisions of the Banking Regulations Act, the Deposits of our Banks enjoy the guarantee and no bank can be closed down. By increasing the insurance cover, the cost will go up for the banks, which in turn will be put on the shoulders of the banking public through hike in service charges. Increase in insurance cover on bank deposits is warranted only for Urban Co-operative banks, which are vulnerable. The government should withdraw this proposal.

Budget recognizes the importance of banking sector for economic development. But regretfully both the Economic Survey and the Union Budget talks of importance of reforms that is privatisation and consolidation. Budget talks of allowing the banks to access more private capital. This is most unwise. When the main problem of the banks, that is, huge bad loans is on account of private sector, going to them for capital is ridiculous. It was expected that some tough actions will be announced to recover bad loans. But their scheme of IBC is being glorified under which the defaulters are being let off without any penalty. Economic survey talks against rural debt loan waiver, but there is no single move against waiver of corporate loans. In the last 10 years, 2010 to 2019, bad loans amounting to Rs 6,18,840 crores have been written off. It is nothing but open loot of public savings.

Announcement to allow more private capital in IDBI Bank is a retrograde move and should be withdrawn. Similarly, LIC is our flagship financial institution and allowing disinvestment in LIC is most detrimental step.

To sum up, there is nothing in the Budget to contain prices of essential commodities to the poor people, reduce the level of poverty, reduce the serious distress in the agriculture sector, to create more jobs for our youth, to boost income and demand, and to result in economic growth. More expectation that the economy will grow at 10 per cent is just a dream. The current budget is again disappointing and would in no away help the economy to revive and go forward.