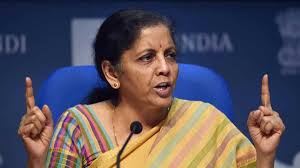 MODI GOVT HAS MISSED THE BUS
In light of COVID-19, the Finance Minister of India (“FM”) on May 13, 2020, announced a slew of incentives for the Micro, Small and Medium Enterprises (“MSMEs”). The directions for the MSMEs formed the first tranche of the much-awaited financial package of Rs 20 lakh crores, announced by the Prime Minister of India on May 12, 2020.

As it might be appreciated that the country is grappling with the economic effects of COVID-19 and therefore, financial relief packages are required for all the sectors and most importantly for MSMEs. It is the MSMEs who give employment to a major portion of the economically weaker sections of the country. Due to the national lockdown announced on March 24, 2020, the businesses came to a halt and the majority of the organisations did not have funds, to pay salaries and wages. It should further be noted that the Ministry of Labour and Employment issued advisories on March 20, 2020, and the Ministry of Home Affairs issued an order on March 29, 2020, respectively, to pay salaries to the workers even during the lockdown.

Now, it is not rocket science if we say, that due to payment of salaries during the lockdown, and even immediately after the lockdown (when the economy would be in a slump), will lead to exponential losses for the MSMEs and might even lead to their closure. At this time, the government was required to step in, and save the day. However, the financial relief package announced by the government is not in consonance with this line of thought.

A total of six measures exclusively for MSMEs include sanctioning Rs. 3 lakh crore collateral free automatic loans with a tenure of four years and a moratorium of one year, Rs. 20,000 crore of subordinate debt, Rs 50,000 crore of equity infusion, widened the definition of MSMEs, disallowance of the global tender for projects up to Rs 200 crore, other reforms relating to E-market linkages, honouring the receivable of MSMEs within 45 days, etc.

If not completely, the idea of a financial relief package got lost somewhere in the big numbers. The measures of collateral-free debt will not give immediate relief to the MSMEs, which was the need of the hour. These MSMEs required financial bailout packages, through which they could’ve paid salaries to their employees. Payroll support was anticipated, however, the government did not deliver on that front. The government focussed on liquidity in the market through easy collateral-free loans and therefore instead of directly transferring the money to the MSMEs they sanctioned loans.

This situation has a drawback embedded in itself. As stated by the FM, the government will have to make good all the default on this category of loans to the MSMEs. This will not create any motivation for the MSME entrepreneurs to ever return the money taken on loan under this scheme. On the other hand, the banks will now show a complacent approach and will give out loans to even those organisations who do not have a good credit rating. This is because even if such organisations default, there is a sovereign guarantee in place to protect the banks. The correct way to implement this should’ve been where the government was paying back a percentage of the entire loan, in case of default. That would have incentivised the banks to do thorough research on the credit rating of the loan seeking MSMEs and even the MSMEs would’ve had a motivation to perform optimally.

Other measures of subordinate debt and the equity infusion are also aimed at increasing the liquidity in the market. Even otherwise, if the above-mentioned incentives are looked at broadly, they’re all in the interest of MSMEs in the long run. There is nothing to support them from the crisis at hand. These MSMEs were expecting a package that will help them through the “on-going crisis”. They were expecting some short term and immediate measures and the government did not oblige them.

Further, the payment of all the receivables (outstanding against the government), will be honoured within, 45 days. However glossy it might look, it is not exactly a relief package. It is something that the government should be doing regularly. This has not relived the enterprises but has only increased the liquidity in the market.

Even if the government did not give immediate relief, they did something that was long due and necessary to boost the Indian economy. The definition of MSMEs has been widened. It was necessary because many MSMEs were not keen on expanding because of the possible loss of benefits, if they fall outside the definition of MSMEs. The revised definition includes “Turnover”, as one of the additional indicators to determine the category of organisation.

Additionally, disallowing the global tender for projects up to Rs 200 crores, is a welcome initiative. This will increase confidence in the entrepreneurs and the competition will be fair. Enterprises with less access to funds, technology and manpower will not be forced to compete with the global forces. New-age enterprises will have the appropriate chance to flourish with these measures.

Lastly, E-market linkages for the MSMEs due to disruption of trade fairs, is also a positive incentive and shows that the government is preparing in advance, for the upcoming challenges of social distancing.

Due to obligations with respect to salaries and wages, some of these MSMEs run the risk of shutting down, in the coming few months. The government, on one hand, should be appreciated for announcing measures that are far-sighted and futuristic. However, on the other hand, the government has missed the point that people needed their help in the present too.

If not a major step of payroll support as provided by countries such as the USA, at least, some immediate financial transfers should’ve formed a part of the incentive announced on May 13, 2020. This would’ve given the enterprises some financial support and satisfaction along with a vision to save them, in the coming future.