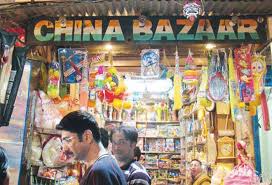 IT NEEDS A MOVEMENT BIGGER THAN FREEDOM STRUGGLE
Nationalist elements have called for a ‘boycott China’ movement in the wake of Chinese border incursions in Ladakh. But it is clear that independence from China would take a bigger struggle than India’s freedom movement for deliverance from the colonialists.

China has established a stranglehold on economic life in our country and it will take a reengineering of the entire manufacturing industry to get out of the vice-like Chinese grip on almost every aspect of life in India. Whether it is the humble low-end product of daily use, or sophisticated tools that are run through artificial intelligence and technologies driven by Internet of Things, there is a formidable Chinese presence. Toys, plastics, steel items, electronics, automobiles, it is an endless list.

For instance, when you buy an Apple product from an Indian shop, it was most likely made in China. Similarly, when you buy a purely local brand of television or top of the range Samsung phone, it can be safely assumed that many of its components originated in China, if not the entire set.

In fact, the main force behind India emerging as a major manufacturer of mobile phones in the world comprises Chinese manufacturers who have set up shop in India. These brands have not only managed to garner a major share of the local market, but have taken on the might of global giants like Apple and Samsung. Chinese smartphones like Oppo and Xiaomi lead the Indian market with an estimated 72 percent share, leaving Samsung and Apple behind.

The automobile and pharmaceutical industries have already said it is well-nigh impossible at this juncture to contemplate life without Chinese components. Up to a fourth of all automobile components used by Indian auto manufacturers come from China.

The dilemma could not be expressed more succinctly when Maruti chairman R C Bhargava said the other day: “We don’t import because we like to, but because we have no choice. To attract companies to produce locally, we need to be more competitive and lower our costs compared with other countries.”

According to published figures, India imported about $70.3 billion of goods from China in the fiscal year to March 2019, as against its exports to that country of only $16.7 billion. — its widest trade deficit with any country.

A Gateway House series report by the Indian Council on Global Relations talks about how China quietly has created a significant place for itself in India in the last five years – in the technology domain. Unable to persuade India to sign on to its Belt and Road Initiative (BRI), China has entered the Indian market through venture investments in start-ups and penetrated the online ecosystem with its popular smartphones and their Apps.

According to the report, Chinese tech investors have put an estimated $4 billion into Indian start-ups. Such is their success that over the five years ending March 2020, 18 of India’s 30 unicorns are now Chinese-funded. TikTok, the video app, has 200 million subscribers and has overtaken YouTube in India. Alibaba, Tencent and ByteDance rival the US penetration of Facebook, Amazon and Google in India.

There are three reasons for China’s tech depth in India. First, there are no major Indian venture investors for Indian start-ups. China has taken early advantage of this gap. Alibaba’s 2015 investment in 40 percent of Paytm, a digital payments platform, paid off barely a year later when in November 2016, the government of India demonetised its large currency notes and simultaneously promoted a move to a cashless economy. Paytm benefitted from Alibaba’s superior fintech experience, which it applied to India seamlessly, making it a dominant player. Second, China provides the patient capital needed to support the Indian start-ups, which like any other, are loss-making. The trade-off for market share is worthwhile. Third, for China, the huge Indian market has both retail and strategic value. Therefore, companies like Alibaba and Tencent have different considerations and horizons for their investments. In contrast, Western venture money is mostly through funds like Sequoia and SoftBank.

The single largest Chinese investment in India is the $1.1 billion acquisition of Gland Pharma by Fosun in 2018. This accounts for 17.7 percent of all Chinese FDI into India, but it is unique. Gateway House has identified over 75 companies, with Chinese investors concentrated in e-commerce, fintech, media and social media, aggregation services and logistics. A majority – more than half – of India’s 30 Indian start-ups with valuation of over $1 billion have a Chinese investor.

The last decade has seen heavy investments from Chinese companies into India in myriad sectors, such as consumer goods, especially electronics, logistics, retail. Gateway House views as alarming the investments by China’s powerful BAT companies (Baidu, Alibaba and Tencent) in soft power projects in India – Artificial Intelligence, the Internet of Things and fintech due to the symbiotic relationship these companies have with the People’s Liberation Army of China and the Communist Party.