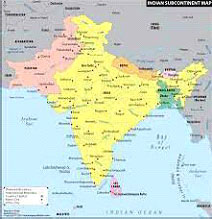 During the British colonial era, religion always played a catalytic role to achieve political power in the Indian Sub-continent. The colonizers subdued the natives to rule using religious division. Even the partition of the subcontinent in 1947 was commenced in the guise of the politics of communalism. In recent days, the incidents of violence in Ramu (2010), Nasirnagar (2016), Rangpur (2017), Bola (2019), and Cumilla (2021) exhibited an almost similar trend of regional communal politics. We must delve deeper to unearth the core cause, which is eclipsing communal harmony in Bangladesh.

Nowadays, our intelligentsia and esteemed freedom fighters often express their frustration that the post-little has been done by our predecessors to instil secularism in the hearts of the posterity.

At the very early stage, immediately after the birth of a secular Bangladesh, this country witnessed an alienation or digression from its secular spirit due to the heinous assassination of the father of the Nation, Bangabandhu Sheikh Mujibur Rahman. His successor General Ziaur Rahman removed secularism as a pillar of our nation’s Constitution in 1979 and later, President Hussain Muhammad Ershad made ‘Islam’ the state religion in 1988. After the defenestration of military and quasi- military dictatorships, two major political parties, Awami League (AL) and Bangladesh Nationalist Party(BNP) started scrambling to grab the so- called ‘Islamic vote’. BNP allied with Jamaat-e-Islamand ALhad to adopt
a compromising attitude towards Hefazat- e- Islam to achieve political gains. Above all, most democratic parties in Bangladesh are allied with these two major parties. Since 1975 to date, various governments have been exceedingly blinded by the politics of power which steers the society for the interest of the majority.

At present, in the globalization context, every nation is staunchly connected and affected by economic, cultural, and political affairs; to which Bangladesh is no exception. If we analyze the Ramu incident, we find that indeed there wascommunal tension and senseless zealotry in Myanmar which created widespread dehumanization, dislocation, and destruction and the Ramu incident came as a corollary to that tension. Myanmar’s religious minority Muslims were persecuted
by the Buddhist extremists, which heated the sympathetic religious majority of Muslims in its neighbour in Bangladesh.

Bangladesh’s biggest neighbour, India, is blessed with religious, ethnic, and linguistic diversity. But unfortunately, India emerged as a Hindu nationalist state in the recent past. The uprising of ‘Hindutva’- Hindu nationalism sponsored by state machinery, to some extent, provoked intolerance to minorities, which paved the way for the incorporation of the National Registration of Citizens(NRC) and Citizenship Amendment Act(CAA). These bills aim to shelter the persecuted Hindu from its neighbours as well as declassify religious minorities in India. One of my articles was published in the South China Morning Post “Muslims are no longer required for BJP or Congress” which stocked criticism against me from Indian censorious columnists around the world. My inbox was over flooded with emails. One of thecritiques of my article was published in a daily, which pointed out the rise of Bollywood actors Shahrukh Khan, Salman Khan, and Aamir khan to underpinthe argument that there is no religious intolerance towards the minority in India. In all fairness, such a hypothesis may be true; however, these 2/3 exceptions should not be propounded as an example in India, a country which bears a population of almost 1.3 billion. Therulingparty in India made widespread immunity for mob violence targetingreligious minorities. The atrocities are getting different dimensions in different names like ‘love jihad’, ‘cow vigilante group’, ‘gharwapas’ etc. The incidents of ‘Babri Masjid’, mob lynching, riots undeniably frustrated and aggrieved the Muslims in the neighbouring country. Lately, the movie set of Prakash Jha’s drama series, “Ashram”, which was revolving around arguably a true story, was vandalized by the Hindu nationalist group (Bajarangi Dal) inBhopalwith fabricated claims of demeaning Hindu sentiments. India’s display of anti- Muslim sentiments and
behaviour has inflicted a maximum sense of fear, shock, and pain and had a profound retaliatory effect on its neighbours.

So, the Ramu, Nasirnagar, Sunamgonj, Jessore, or Cumilla incidents were neither ‘isolated’ nor ‘unprecedented’ incidents. Theseare conducive to oppression committed on the religious minorities within the regional polities. There may be a questionas to who should be blamed for the mayhem of communal violence. We can see the same endeavour as a fig leaf to cover up the communal violence with blame game among the political parties, vested quarters, sporadic incidents, etc. from ruling parties in this subcontinent. Hence, albeit the spontaneous mass mobilization due to religious sentiments may be
capitalized by the opportunist political rivals, the issue regarding religious intolerance among the masses cannot be written off.

Bangladesh ruling Awami League leaders, at a peace rally for recent communal spate, warned with a statement that it could trigger a problem for Muslims in India. Thanks to AL leaders that they explicitly exposed the truth to regionalize the incidents with Indian communal tension. Even Pakistan policymakers had to rush to Afghanistan for choking militant attacks in Pakistan. It is the general belief that the Taliban inAfghanistan is pulling the strings of militant offshoot Tehrik-e-Taliban Pakistan (TTP) in Pakistan.

No religion preaches the way radical groups vandalize mosques, temples, businesses, and most valuable innocent lives. So, the statesmen of this region should sensitively address the root cause of this issue and put a concerted effort to stop politicizing the religion for mere power. We must remember, as Cassius said to Brutus,” the fault lies not in our stars, but in ourselves”.