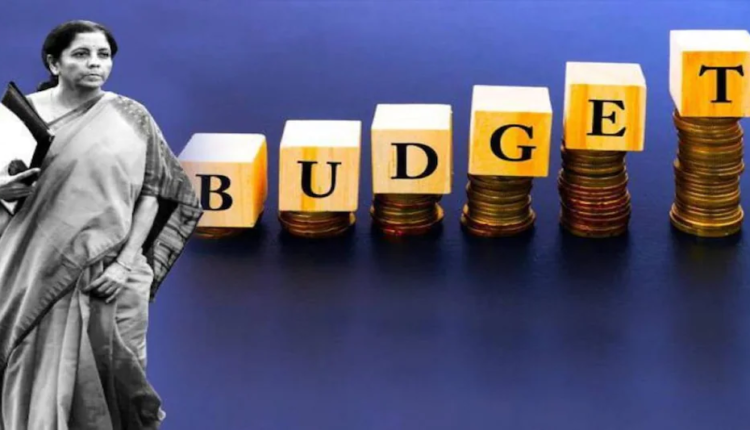 The budget last year, which carried proposals for numerous bold reforms, was justifiably nearly
universally hailed as a pathbreaking one. As a side effect, it considerably narrowed the scope of big-
ticket outstanding reforms. This naturally raises the question: What more can the government announce
in the forthcoming budget to signal that the withdrawal of the three farm laws has not dented its resolve
to stay course on reforms?
There are at least two areas that still offer the government ample scope for reforms that would speed up
the economy’s journey towards greater prosperity.
The first of these areas is international trade. Four mutual, reinforcing reforms by the government in the
past five years the Insolvency and Bankruptcy Code, Goods and Services Tax, labour codes and a global
competitive corporate profit tax, alongside impressive progress in building both physical and digital
infrastructure have laid the foundation of robust growth in the coming two decades. But the impact of
these reforms can be considerably enhanced by improving the access to the world markets for
entrepreneurs while simultaneously exposing them to global competition.
One heavily under-exploited avenue to achieving this objective is free trade agreements. FTAs with
entities such as the EU, UK, Canada, Australia and the UAE serve not only our economic interests but
also advance our geopolitical objectives. Duty-free access for Indian products to these large markets
would go a long way towards accelerating growth. Equally, with China turning ever more aggressive in
its pursuit to become the hegemon of Asia and the US turning indifferent to the developments in the
region, forging closer economic political ties with other like-minded countries is of critical importance
for India.
BVR Subrahmanyam, secretary, department of commerce is reported to have said on December 21,
2021 that the 2022-23 Budget will focus a lot more on trade-related packages than has been the case in
the past. In what was a truly bold statement, he stated, “FTAs can’t be one way. Everybody wants
market access. I want the industry to keep that in mind. To make FTAs realistic and compliant with

World Trade Organisation norms we need to have at least 90% of trade covered under substantial
liberalisation. He set a deadline of January 2022 for FTA with UAE, December 2022 for that with the
UK and mid-2023 for the one with the EU.
Subrahmanyam also said that his ministry would be rewriting the Special Economic Zone law. This too
would be an extremely major positive step towards making Indian manufacturing firms globally
competitive. For instance, imparting firms of all sizes within SEZ the right to lay off workers after due
compensation, as done by Gujarat as far back as 2004 in its SEZ law, would greatly contribute to the
emergence of large-scale firms in labour intensive sectors in SEZs. Smoothing out the movement of
inputs into SEZs and of exports out of them would spur processing activity in a major way Inclusion of
these announcements would go long way towards making the forthcoming budget memorable. But it
must go a step further by announcing a plan to bring some of the egregiously high custom duties down.
Duties in excess of 40%, which in some cases rise to 100% or more, as in the case of automobiles,
amount to punishment to our own buyers and a wholly undeserved reward for the highly inefficient
producers. Even the so-called infant-industry argument does not justify argument does not justify the
continuation f such high protection for 75 years.
The second area in which reforms have been long overdue is higher education. In her 2019-20 Budget,
finance minister Nirmala Sitharaman had announced that a Higher Education commission of India
(HECI) Act would be brought to replace the outdated University Grants Commission Act of 1956. But
this reform has remained pending after the passage of two and a half years Now that we have a reformist
minister of education at the helm, the proposal for the act must be revived and highlighted in the budget.
The UK, after which we had modelled our higher education system, abolished its own University Grants
Committee in 1983. Since then, it has gone through multiple rounds of reforms. Today, it gives its
higher education institutions full administrative and academic autonomy while providing them the bulk
of academic funding India needs to give similar autonomy to at least its colleges and universities.
Colleges such as Hindu and St Stephen’s in Delhi and Elphinstone in Mumbai, which are capable of
building their own brand names, must be empowered to award their own degrees. India must open the
door to foreign universities to establish campuses on its shores and to domestic institutions to do the
same abroad. The current practice of establishing new universities by legislation must give way to entry
based on pre-specified transparent norms and criteria set by the HECI. Bodies such as All India Council
for Technical Education and National Council for Teachers’ Education should be subsumed in HECI.
Finally, research should be moved to universities from the largely dysfunctional councils such as the
Indian council of social science research.

‘ONE NATION- ONE OMBUDSMAN’ FOR BANKS COMES INTO FORCE DESPITE REFINEMENTS, ODDS…