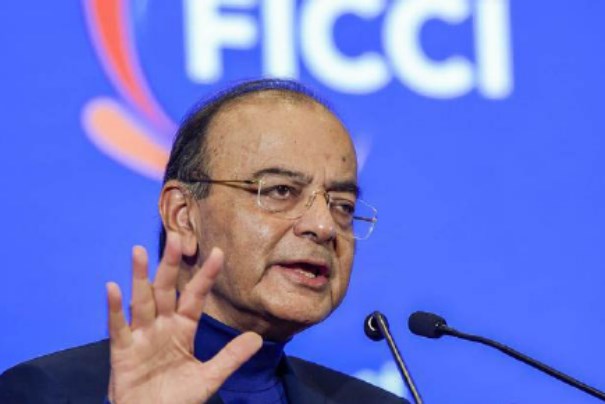 Few would remember Arun Jaitley as India’s commerce and industry minister. As of now, that’s a longtime ago. But for those who knew him in those days, it was clear he was the man of the future.

Jaitley had taken India’s delegation to the WTO ministerial meeting at Cancun in Mexico. A few years before, Murasoli Maran had led India’s delegation at the now-infamous Seattle meeting. Mursoli Maran had singlehandedly opposed the might of the entire western world seeking to impose certain conditions —labour standards, intellectual property issues in trade or farm access— on the developing countries.

Seattle meet was abandoned and WTO Doha process had stalled. Mexico was an attempt at reviving WTO. Jaitley had the unenviable burden of holding up to the western pressures. At the same time, India had acquired a bad name as the spoil sport and the country which was stalling every progress in WTO negotiations.

Here in that international gathering Arun Jaitley had established his intellectual imprimatur. He had stuck to India’s position on opening up the farm sector and giving access to western exporters. At the same time, he had allowed some progress in other areas as well.

The good things about that ministerial was Jaitley’s bonhomie with the Indian press which had accompanied the minister. Every evening and in between Jaitley would sit with the Indian press and give them detailed accounts of the green room and back channel developments. These informal chit chats would give the press a unique understanding of the process and help to correctly project India’s view point.

As minister of commerce and industry, Jaitley had shined brightly in the Cancun ministerial and the Indian press had unique insights. That was during the second stint of Vajpayee government. In the commerce ministry Jaitley’s door was always open for the journalists seeking info to understanding the issues at hand.

But when the Modi government had come to power in 2014, the situation had radically changed. By then, an earlier crop of leaders like Jaswant Singh and Yashwant Sinha had moved over. Selecting a right finance minister was a dilemma. When the choice of finance portfolio fell on Jaitley, there were many claimants and they began to bicker and snipe at the heels. That included some very well known names.

Everyone from the likes of Yashwant Sinha to acerbic usurpers like Subramaniam Swamy and Ram Jethmalani openly gave vent to their feeling of being betrayed. They portrayed that Jaitley was not simply equal to the tasks of leading North Block. Sinha felt he was the ideal choice, so did Swamy, and from outside Jethmalani was constantly presenting a prickly front.

Jaitley had to endure their barbs in the initial days. Even at later stages the old brigade continued to hurl stones. The insinuations were varied and sometimes touched raw points. BJP’s election promise of bringing back black money was constantly piked up and failure to bring it back was cited as collision. However, in case of Jaitley, these rolling down like water on duck’s back.

Earlier, this correspondent had the opportunity of witnessing Jaitley when he was in the opposition and wanted some briefing on the budget placed by UPA Two. Jaitley was clearly not much glued to the niceties of the union budget and its possible crucial weak spots. However, his sharp lawyer’s analytical mind raised the relevant issues which could appeal in a parliament debate rather than arcane points about taxation.

The next day when Jaitley spoke on the floor, he was speaking perfect and was bringing out issues which were most salacious for the public as a critique of the budget. That was the clue. Jaitley was not a man of finance. He had little exposure to economics and until then did not dabble in these in areas, other than that short stint as commerce minister.

But once in the saddle in the North Block, Jaitley threw himself into every aspect of the management of the union finances and what impact that leaves on the whole economy. And then he was thrown in the thick of the process for implementation of the GST bill.

He had little time thereafter for anything other than leading the complicated negotiations for introduction of the ambitious and long-pending goods and services tax (GST). The tax was initially proposed by an expert group, headed by Dr Kelkar during the UPA One term, as far as I remember. But then, it could not be implemented.

It could not be implemented because, until Jaitley came in from the blue, there was no other skilful navigator like him. Neither Pranab Mukherjee nor Chidambaram had the temper, tenor and negotiating skills of Jaitley. He was the consensus man and would not let go until a consensus was arrived at in the acrimonious GST Council. Jaitley would not give in.

In course of that negotiation between the Centre and the States, Jaitley had encountered bizarre opposition at various stages. At one point, when the negotiations were being rocked by a belligerent state finance minister at the penultimate stage, Jaitley as chairman of the council had proposed putting the differences on vote, knowing that there would be only one single “No” vote. The bickering state minister had no alternative but to surrender.

Willy nilly, India’s most singular taxation reform would forever be associated with the name of Jaitley, who was no financial wizard but a purely political animal. He was an inveterate politician who was at the same time a good man who could inspire trust. This was the marginal difference between him and say Pranab Mukherjee or Chidambaram, who were somewhat haughty and arrogant and inflexible.