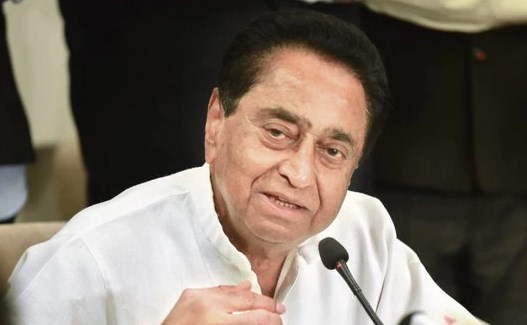 All is not well in Madhya Pradesh Congress. Followers of various factional leaders are openly holding out threat that if their boss is not appointed as the President of the state Congress they may resort to other options. Most vociferous are the followers of Jyotiraditya Scindia. Many of them have gone to the extent of saying that they along with hundreds of followers may resign en mass if Scindia is not chosen for the top organisational post. At present Kamal Nath holds both the posts – Chief Minister and PCC Chief.

He has expressed his desire to quit the post of PCC president. “I can’t bear the burden of the two posts” he said. After Rahul Gandhi’s resignation there was nobody to take decision. After the appointment of Sonia Gandhi as Congress President, lobbying for the post of PCC President has started with full fury.

The other day Kamal Nath rushed to Delhi and held prolonged consultation with Sonia Gandhi. After meeting Sonia Gandhi Nath denied pressure politics was on for the post or that senior leader Jyotiraditya Scindia is upset.

Nath dismissed claims of factional feud in the party though a Scindia supporter threatened to quit the party unless the former Guna MP was made PCC Chief. “He (Scindia) is not angry and is very much with us” Kamal Nath said.

On Friday asked about alleged pressure politics from leaders like Ajay Singh and Jyotiraditya Scindia, the CM denied there was any coercion from party stalwarts in the state. “Pressure politics is only a media claim. There is no pressure anywhere. Ajay Singh had invited me too for tea at his residence” CM Nath said. ”Meeting a leader is no big issue. It is a good practice that MLAs went to meet him. Everyone should meet each other. Some MLAs told me that they were going to see him. I totally agreed and said that more legislators should meet him. In my political life, I have never paid attention to these things”.

The decision on the state Congress chief will be taken soon, he said. Nath explained that Sonia Gandhi is consulting other leaders. “She said that after her discussion with other leaders a decision will be reached” the CM said.

Though Scindia supporters are very vociferous, Scindia himself is keeping quiet and not saying a word about the controversy. However he and not any of his close associates are denying the reports being published in the media. There is no doubt that these reports are having direct impact on the stability of the Congress Government.

Not only on the issue of the Chief of state Congress, many party leaders, including ministers are expressing their opinion about other controversial issues also. Illegal Sand mining is one such issue. An important Minister publicly said that officers – both civil and police – are hand in glove with Sand mafia. In view of such utterances Chief Minister Kamal Nath has ordered crackdown on illegal Sand mining. “I have instructed to control illegal mining completely. We have prepared and approved a new Sand mining policy in the cabinet. I am hopeful that in two months we will be able to give a new sand mining policy to the state” Nath told reporters in New Delhi on Friday.

Illegal sand mining was one of the major political issues in both assembly and Lok Sabha elections. After assuming power, the Congress government had promised to curb the crime and crackdown on mining mafia. In May the cabinet approved the Sand (Mining, Transportation, Storage and Marketing) Rules 2019, which says sand mine groups will be formed and auctioned.

“With e-auction of mines, there will be transparency. Machines will not be used to dig sand from Narmada river. Permission to use machines for sand mining in other rivers will be given on the basis of environmental approval” public relations minister P C Sharma had said.

The government is likely to make further amendments in the new policy. So far, the government has withdrawn sand mining rights from Panchayats. In the meantime, illegal sand mining is on despite a ban during Monsoon. Cabinet minister Govind Singh recently shocked his own government and stirred a political debate by alleging that 90% of policemen and 10% of mining officials are involved in illegal Sand and Stone mining business” and the government is unable to stop them. Even a town inspector is making Rs. 50 Lakh a month he alleged.

As the minister’s statement triggered political row, CM Kamal Nath instructed officials and mining minister Pradeep Jaiswal to rein in the Sand mafia. Jaiswal ordered district officials to launch a crackdown. Following a discussion with the CM minister Govind Singh clarified that his statements were meant to ‘take effective action against mining mafia’.

However the opposition BJP stepped up its attack on the government, alleging large-scale corruption and irregularities. Former CM Shivaraj Singh Chouhan tweeted “The rates of police stations in Kamal Nath government have been fixed. The government is helpless and administration is weak. The Sand mafia is fearlessly committing crime. Loot, corruption and lawlessness are rampant. We will not sit silent. We will fight for our rights”.

The Congress retaliated by saying that illegal mining was rampant in BJP rule. “Even relatives of former CM Shivrajji were named in illegal Sand mining in Sehore district. Shivrajji must remember this before alleging anything against the Congress government” said higher education Minister Jitu Patwari. But Samajwadi Party legislator, who is supporting Kamal Nath government, has alleged that Ministers are indulging in large scale corruption.