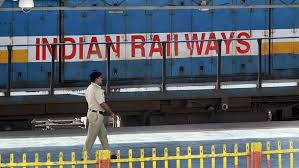 PUSH FOR PRIVATISATION WILL HURT POOR & COMMON CITIZENS
The budget for Indian Railways does not seem to represent in true sense of the top three themes – aspirational India, economic development and the caring society – of the first Union Budget of the decade that has been envisioned to be ‘laying strong foundation for a bright future of the country’ and ‘key to India’s growth’. Rather, the Indian Railways, restructuring for which have already begun in the fag-end of December 2019, is likely to convert itself into Indian Railways Corporation under a CEO with a push towards privatization along with the Ministry’s façade of policy decisions and public accountability, a process tend to increase the rail services cost to the nation and its people. The Railways’ budget, in this context, can be termed as anti-people, because the Railways will be enforced to increase costs depriving general people of affordable means of bulk transportation. More so because railways may face a shortfall in actual revenue are calculated at the assumption of 10 per cent of growth rate of GDP, as against the current year’s growth rate of merely 5 per cent.

Railway revenues are primarily earned through two major streams i.e. passenger and freight traffic which are most likely to suffer from any failure of performance of our economy at less than 10 per cent of assumed growth rate, with is most likely to be in the present economic downturn from which India is suffering from. Therefore railways would be under pressure to generate more revenue on its own to meet its operating expenses called OWE, Depreciation and Pensionary charges. The required investment for meeting safety and development needs of the system may also enforce the Railways to make it costly. It is worth mentioning here that after the merger of Indian Railways budget with the General Budget, as per the terms of merger, Railways continues to function as a departmentally run commercial undertaking requiring to meet all its revenue expenditure including Ordinary Working Expenses (OWE), pay, allowances and pension payable to its employees, from its revenue receipts. The Government however continues to provide Gross Budgetary Support to the Railways for meeting part of its capital expenditure.

Indian Railways is therefore clearly leading towards privatization which is also reflected in the big-ticket project for Indian Railways. Finance minister Nirmala Sitharaman said in her budget speech that in the next few years as many as 150 private trains will be running on the Indian Railways network via the PPP model and that RFQ invite has already been issued. She specifically mentioned Tejas Express, which is India’s first semi-high speed fully air-conditioned train introduced by Indian Railways in 2017. She announced that more Tejas Express -type trains will be set up for tourist destinations. It is worth mentioning that these trains are among the fastest trains in the country along with Rajdhani Express, Gatimaan Express, Shatabdi Express, Vande Bharat Express and Duronto Express and get the highest priority on the Indian railway network. However, she does not mentioned timely running of trains of common people which generally reaches their destinations hours after their scheduled time. Common men travelling in common trains are obviously not her priority. She highlighted that Indian Railways has equipped thousand railway stations with free hi-speed WiFi. She also said that India’s first bullet train project between Ahmedabad and Mumbai is actively being tracked for completion on time.

As per the announcement, Indian Railways is also looking to set up solar power plants along railway tracks. It may boost the solar energy sector, but may be negative for discoms who are presently supplying electricity to the railways. It is to be seen how the other electricity generating companies will respond to such a move, and how are they likely to be impacted.

Indian Railways will set up a Kisan Rail via the Public-Private Partnership (PPP) model, which means the cost of bulk transportation of agriculture or horticulture products through this model will be costlier than the transportation cost through Indian Railways network without private partnership. There was a demand that the railways should operate trains for farmers for transportation of their perishable goods on affordable costs to the market cities so that they can earn more with minimum level of loss. Presently, a large quantity of vegetables, fruits and other crops are perished before they are being sold to their customers in the cities. The poor Indian farmers needed affordable cost of transportation under railway network but are being subjected to costly PPP mode, though this move will help in building a seamless national cold supply chain for perishables such as milk, meat, fish etc. Express and Freight trains will have refrigerated coaches for this purpose. This initiative will be more profitable for business than the farmers.

Though Railways’ finances are not so good as to sustain its operating, safety and development needs on its own. Its OWE and pension payments have soared consequent upon implementation of the 6th Central Pay Commission (CPC) and later 7th CPC, whereas the momentum of growth in earnings witnessed earlier have not sustained. As a result Railways’ Operating Ratio has remained over 90 percent. In 2017-18, Railways’ Operating Ratio was 98.4 percent. Lesser the ratio is considered good. A decade back it was around 75 per cent. It would be difficult for the Indian Railway to achieve this ratio even near 95 per cent in the fiscal 2020-21, because the assumption of traffic revenue is set at too high rate of growth assumption. In the last few years we have seen that total receipts of Railways could not provide the anticipated growth. Lower than expected growth in passenger earnings was largely due to increase in number of trains being cancelled for mandatory track maintenance/ renewal for ensuring safety of train operations adversely impacting the earnings from the PRS segment. In the sundry segment, there was also shortfall under land monetisation and advertisement revenue targets. In goods, the shortfall in earnings resulting from lower than targeted loading due to dismal growth of economy in the current fiscal. Traffic earning in 2019-20 have also been short of budgeted expectations. Hence, internal resource generation will be under a great pressure.

The Capital expenditure in Railways has been on the increase over the years. However due to lack of revenue it has to opt for PPP mode even for modernization and upgradations of Railway stations. Long term cleanliness drive is of course a welcome move.