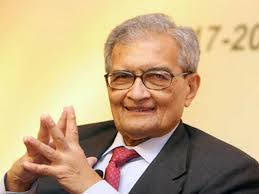 The title might seem to be an echo of Pierre Bourdieu’s famous conception of “Cultural Capital.” The use of culture as a power-resource is an extensively-used connotation. In its “embodied” state, cultural capital encompasses personal qualities and competence. The configuration will vary socially and historically and this may be used to secure for the holder social or economic advancement.

What draws my attention to this high-end theory is Ramachandra Guha’s ‘elusive’ search, in the Caravan magazine in March this year, for Right-wing intellectuals in India, and more recently Sagarika Ghose’s article, “Wanted a saffron Amartya Sen” (Times of India, 22 July 2015).

Guha has expressed concern over the fact that while we have a Right-wing party in power, we do not have Right-wing intellectuals. Instead, we have ideologues who cannot claim the status because their scholarship is rooted less in genuine intellect and more in polemics. Sagarika Ghose has stressed the primacy of the secular western base, on which intellect ought also to be based. And then she has sought to emphasize the poverty of Hindu philosophy, focusing on its “other-worldliness”. She has criticised the RSS for its cocooned localized existence and its inability to produce an intellectual of international repute.

It is quite evident that the concern is over the inability and inadequacy of the present regime to produce “world class” Right-wing academics. Both need to be reminded that democracies don’t function on the whims and fancies of intellectuals but on popular vote which is theoretically cast in the ‘right’ direction. Democracy based on the will of the multitude requires effective governance rather than intellectualism to fulfill the mandate.

Both Mr Guha and Ms Ghose appear to have missed the bus while expressing their angst. The question which the left-liberal establishment should be asking itself is: Why, despite their scholarly domination, they have not been able to sustain the cultural capital in Bourdieu’s terms to put in place their favoured “entitlement and minority-friendly regime?” It is time for the left-liberal establishment to urgently engage in honest introspection.

It is time to reflect on how, despite a galaxy of intellectuals and opinion-makers, the Left had to suffer an electoral catastrophe, most importantly in West Bengal. The role of scholars and opinion-makers is limited in a democracy with a mature electorate. Criticism of the present regime for intellectual poverty or its economic policy is clearly misplaced. A regime change has happened in Bengal and Kerala despite the Left’s ideas and policies that were perceived as rational.

In the country’s major academic centres of excellence, a leftist orientation has fashioned intellectual discourse since Independence. Scholars are loath to consider India’s cultural diversity as an academic asset to work upon. To delve into Hinduism is considered ‘reactionary’ given the western and leftist mindset. This comes out effectively in Sagarika’s article given the ‘us’ and ‘they’ distinction that is intrinsic to her views. Taking a cue from one of the demi-gods of the left-liberal establishment – Gramsci – and considering the left-liberal thinking of the self-proclaimed ‘secular’ variety, I may venture to submit that this school of thought is more left than liberal, indeed a time-honoured intellectual commonsense. Such academic upbringing pre-empts the possibility of working on native cultural concepts and categories as they are considered pseudo.

Ironically, the use of Bourdieu’s ideas by leftist scholars for their personal career advancement is striking; their ideological baggage, idioms and jargon is a sure route to wangle plum teaching assignments. The patron-client orientation, that pervades many spheres of social existence, finds unique expression in so-called radical academic circles. Even Karl Marx would be wondering what his heirs have done to his philosophy. For he is now no longer perceived as the prophet of the proletariat; rather he has become the prophet of the Professoriate, a messiah of the intellectually dismayed rather than the materially deprived.

Ask this high breed about High Gate cemetery in London; they will enthusiastically shoot off the name of Marx who is interred there and recite the quote that is written – “Philosophers have sought to interpret the world, the problem however is to change it.” Gently ask them about Rajapur, a small nondescript town which is a few kilometers away from Banda in Bundelkhand. You will draw a blank. Rajapur happens to be the place of birth of Tulsidas, the creative genius whose devotion virtually penned a God out of Valmiki’s Maryadaa Purshottam Ram in his magnum opus Ramcharitmanas. A few original portions of his mammoth work still languish there and the rest have been lost because of neglect. This was the state of the place which I visited a few years back; if some restoration or improvement has been done subsequently it is welcome.

Mahatma Gandhi once took the initiative in social theory by criticising western civilization in his Hind Swaraj. He encouraged independent thinking within the country. His perceptions, based on first-hand experiences in the subcontinent, were pathbreaking, but the left-liberal establishment ignored them and took the colonial Western route, condemning native historical tradition as myth-making.

The value of history and culture lies in the depth and sophistication with which it can enhance divergent prescriptions instead of the zero-sum approach being taken. Even a modest gain in cultural and historical literacy amounts to an important addition to the intellectual resources of democracy.

Developing a systematic study of the native knowledge and tradition is essential to develop and grasp the uniqueness of our civilizational construct. It is high time for scholars in the ivory towers of their crumbling left-liberal castle to come down to the earthy Indian reality and realize the true value and potential of Indian culture as Capital to work upon.