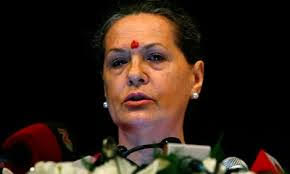 CongPeople Abhor Italian. (The above Italian fascism/dictatorship related phrases are now mugged by the Congress insiders and are used to terrify the affected masses so that they turn against the present Congress leadership for all times to come). That’s the latest in 24 Akbar Road, HQs of the INC or Indian National Congress. Claimed by its President Sonia Gandhi, Italian originally, it was formed in 1885, but factually, claim her detractors within the party office, that Congress has been reduced to 1-person show today : Sonia Gandhi-led Congress. This Congress thus strongly smacks of world famous Italian fascism, dictatorship, Now these are being strongly abhorred by the party insiders including its office bearers who of course do not yet wish to be identified till “the fast brewing revolt against her snowballs into irrevocable national decision to sideline her or divide the party and merge the divided entity into the BJP”. Among those revolting against her include AICC office bearers, PCC office bearers, frontal organizations office bearers, primary and active members etc. They vociferously say, Congress is in grip of Italian Fascism today. It needs to be rid from that forthwith. Original Congressism needs to be resurrected, rejuvenated, repepped, reinstalled in the top power in the country with the full fledged support of the masses in the country.

Italian Fascism (Italian: Fascismo Italiano), also known simply as Fascism(Italian: Fascismo), is the original fascist ideology, as developed in Italy. The ideology is associated with the National Fascist Party, which under Benito Mussolini ruled the Kingdom of Italy from 1922 until 1943, the Republican Fascist Party that ruled the Italian Social Republic from 1943 to 1945, the post-war Italian Social Movement and subsequent Italian neo-fascist movements.

Italian Fascism was rooted in Italian nationalism and the desire to restore and expand Italian territories, which Italian Fascists deemed necessary for a nation to assert its superiority and strength and to avoid succumbing to decay. Italian Fascists claimed that modern Italy is the heir to ancient Rome and its legacy, and historically supported the creation of an Italian Empire to providespazio vitale (“living space”) for colonization by Italian settlers and to establish control over the Mediterranean Sea.

Italian Fascism promoted a corporatist economic system whereby employer and employee syndicates are linked together in associations to collectively represent the nation’s economic producers and work alongside the state to set national economic policy. This economic system intended to resolve class conflict through collaboration between the classes.

Italian Fascism opposed liberalism, but rather than seeking a reactionaryrestoration of the pre-French Revolutionary world, which it considered to have been flawed, it had a forward-looking direction. It was opposed to Marxist socialism because of its typical opposition to nationalism, but was also opposed to the reactionary conservatism developed by Joseph de Maistre. It believed the success of Italian nationalism required respect for tradition and a clear sense of a shared past among theItalian people, alongside a commitment to a modernized Italy.

Anti-democratic and tyrannical : One of the most common and strongest criticisms of fascism is that it is a tyranny in practice.

Some scholars have opposed this common critical view. Walter Laqueur says that fascists

would not necessarily accept the label of ‘anti-democratic’. In fact many of them argued that they were fighting for a purer and more genuine democracy in which the participation of the individual in politics would not be mediated by professional politicians, clerical influences, the availability of the mass media, but through personal, almost full-time involvement in a political movement and through identification with the leader who would represent the feelings and sentiments of the whole people.

Dylan J. Riley has investigated the possibility of fascism being an authoritarian democracy, a term used by Italian Fascist theorist and policymaker Giovanni Gentile to describe fascism.Gentile explicitly rejected the conventional form of democracy, parliamentary democracy for being based on majority rule and thus an inherent assumption of the equality of citizens, while fascism rejects the concept of universal egalitarianism.But Gentile claimed that fascism supported what he called authoritarian democracy. Riley in analysis accepts that fascism can be identified as an authoritarian democracy, and claims that in particular the fascist and quasi-fascist regimes in Italy, Spain, and Romania, replaced multi-party based democracy with corporatist representation of state-sanctioned corporate groups.It was claimed that this system would unite people into interest groups to address the state that would act in the interest of the general will of the nation and thus exercise an orderly form of popular rule. Riley notes that fascists argued that this authoritarian democracy is capable of representing the different interests of society that advise the state and the state acts in the interest of the nation. Riley also notes that in contrast, fascists denounced liberal democracy for not being a true democracy but in fact being un-democratic because from the fascist perspective, elections and parliaments are unable to represent the interests of the nation because it lumps together individuals who have little in common into geographical districts to vote for an array of parties to represent them that results in little unanimity in terms of interests, projects, or intentions, and that liberal democracy’s multi-party elections merely serve as a means to legitimize elite rule without addressing the interests of the general will of the nation.

Some critics of Italian fascism have said that much of the ideology was merely a by-product of unprincipled opportunismby Mussolini, and that he changed his political stances merely to bolster his personal ambitions while he disguised them as being purposeful to the public. Richard Washburn Child, the American ambassador to Italy who worked with Mussolini and became a friend and admirer of him, defended Mussolini’s opportunistic behaviour, writing: “Opportunist is a term of reproach used to brand men who fit themselves to conditions for the reasons of self-interest. Mussolini, as I have learned to know him, is an opportunist in the sense that he believed that mankind itself must be fitted to changing conditions rather than to fixed theories, no matter how many hopes and prayers have been expended on theories and programmes. Child quoted Mussolini as saying, “The sanctity of an ism is not in the ism; it has no sanctity beyond its power to do, to work, to succeed in practice. It may have succeeded yesterday and fail to-morrow. Failed yesterday and succeed to-morrow. The machine first of all must run!”.

Some have criticized Mussolini’s actions during the outbreak of World War I as opportunist for seeming to suddenly abandon Marxist egalitarian internationalism for non-egalitarian nationalism. Critics have noted that upon Mussolini endorsing Italy’s intervention in the war against Germany and Austria-Hungary, he and the new fascist movement received financial support from foreign sources, such as Ansaldo (an armaments firm) and other companies, as well as the British Security Service MI5. Some, including Mussolini’s socialist opponents at the time, have noted that regardless of the financial support he accepted for his pro-interventionist stance, Mussolini was free to write whatever he wished in his newspaper Il Popolo d’Italia, without prior sanctioning from his financial backers.[224] Furthermore, the major source of financial support that Mussolini and the fascist movement received in World War I was from France, and is widely believed to have been French socialists who supported the French government’s war against Germany and who sent support to Italian socialists who wanted Italian intervention on France’s side.

Mussolini’s transformation away from Marxism into what eventually became fascism began prior to World War I, as Mussolini had grown increasingly pessimistic about Marxism and egalitarianism while becoming increasingly supportive of figures who opposed egalitarianism, such as Friedrich Nietzsche. By 1902, Mussolini was studying Georges Sorel, Nietzsche, andVilfredo Pareto. Sorel’s emphasis on the need for overthrowing decadent liberal democracy and capitalism by the use of violence, direct action, general strikes and neo-Machiavellian appeals to emotion impressed Mussolini deeply. His[who?]use of Nietzsche made him a highly unorthodox socialist, due to Nietzsche’s promotion of elitism and anti-egalitarian views.[226] Prior to World War I, Mussolini’s writings over time indicated that he had abandoned the Marxism and egalitarianism that he had previously supported, in favour of Nietzsche’s übermensch concept and anti-egalitarianism. In 1908, Mussolini wrote a short essay called “Philosophy of Strength” based on his Nietzschean influence, in which Mussolini openly spoke fondly of the ramifications of an impending war in Europe in challenging both religion and nihilism: “a new kind of free spirit will come, strengthened by the war, … a spirit equipped with a kind of sublime perversity, … a new free spirit will triumph over God and over Nothing.”

Ideological dishonesty  : Fascism has been criticized for being ideologically dishonest.

Major examples of ideological dishonesty have been identified in Italian Fascism’s changing relationship with German Nazism.[229][230] Fascist Italy’s official foreign policy positions were known to commonly utilize rhetorical ideological hyperboleto justify its actions, although during Dino Grandi’s tenure as Italy’s foreign minister, the country engaged in realpolitik free of such fascist hyperbole. Italian Fascism’s stance towards German Nazism fluctuated from support from the late 1920s to 1934 involving praising Hitler’s rise to power and meeting with Hitler in 1934; to opposition from 1934 to 1936 after the assassination of Italy’s allied leader in Austria, Engelbert Dollfuss by Nazis in Austria; and again back to support after 1936 when Germany was the only significant power that did not denounce Italy’s invasion and occupation of Ethiopia.

After antagonism exploded between Nazi Germany and Fascist Italy over the assassination of Austrian Chancellor Dollfuss in 1934, Mussolini and Italian Fascists denounced and ridiculed Nazism’s racial theories, particularly by denouncing itsNordicism, while promoting Mediterraneanism. Mussolini himself responded to Nordicists’ claims of Italy being divided into Nordic and Mediterranean racial areas due to Germanic invasions of Northern Italy, by claiming that while Germanic tribes such as the Lombards took control of Italy after the fall of Ancient Rome, they arrived in small numbers of about 8,000 and quickly assimilated into Roman culture and spoke the Latin language within fifty years. Italian Fascism was influenced by the tradition of Italian nationalists scornfully looking down upon Nordicists’ claims, and taking pride in comparing the age and sophistication of ancient Roman civilization as well as the classical revival in the Renaissance, to that of Nordic societies that Italian nationalists described as “newcomers” to civilization in comparison. At the height of antagonism between the Nazis and Italian Fascists over race, Mussolini claimed that the Germans themselves were not a pure race and noted with irony that the Nazi theory of German racial superiority was based on the theories of non-German foreigners, such as FrenchmanArthur de Gobineau. After German-Italian relations reduced in tension during the late 1930s, Italian Fascism sought to harmonize its ideology with German Nazism and combined Nordicist and Mediterranean racial theories, noting that Italians were members of the Aryan Race composed of a mixed Nordic-Mediterranean subtype.

Mussolini declared in 1938 that Italian Fascism had always been Antisemitic, upon Italy’s adoption of Antisemitic laws. In fact, Italian Fascism did not endorse Antisemitism until the late 1930s when Mussolini feared alienating antisemitic Nazi Germany whose power and influence were growing in Europe, prior to that period there had been notable Jewish Italians who had been senior Italian Fascist officials, including Margherita Sarfatti, who had also been Mussolini’s mistress. Also, contrary to Mussolini’s claim in 1938, only a small number of Italian Fascists were staunchly antisemitic such as Roberto Farinacci and Giuseppe Preziosi while others, such as Italo Balbo who came from Ferrara, which had one of Italy’s largest Jewish communities, were disgusted by the antisemitic laws and opposed them. Fascism scholar Mark Neocleous notes that while Italian Fascism did not have a clear commitment to antisemitism, there were occasional antisemitic statements issued prior to 1938, such as Mussolini in 1919 declaring that the Jewish bankers in London and New York were connected by race to the Russian Bolsheviks, and claiming that eight percent of the Russian Bolsheviks were Jews.