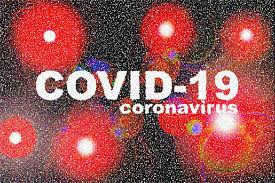 ON TRUMP’S ‘ART OF DEAL’, AND MODI’S ‘BANG YOUR POTS
It is only in America that presidents get routinely pulled up for real and imaginary breach. Take Trump, for instance. He made the mistake of telling somebody in media, “We’re not a shipping clerk.” This, after he was questioned if his administration was coping with the demands to keep America ready to handle the coronavirus pandemic.

So, now Trump’s getting the short stick and none of the long rope. Trump is also accused of stating in black and white that he doesn’t take responsibility at all! The POTUS by the way has been boasting that it was he who recognized first, much before the WHO, that “it was a pandemic.”

The “shipping clerk” crack is a slap on the face of a lot of Americans who have been complaining about shortages – of supplies and medical equipment — to handle a virus outbreak such as the coronavirus. At times Trump can be really irritating, not unlike a coronavirus!

Trump is actually saying, “Fend for yourself folks, you’re all on your own!” He could have invoked the Defence Production Act and got Google to switch to manufacturing N95 masks, Facebook to break into the ventilator business. Apple to deliver sanitizers! Like in China, where Foxconn, which assembles iPhones, is now making face masks. Necessity is the mother of…

But maybe Trump’s ‘Art of the Deal’ doesn’t cover such transitions. Creativity goes down the drain when all you see around you is real estate. And it takes the grey cells with it. Meanwhile, global corona positive numbers have crossed the 300,000 mark. As of the morning of March 21, there were over 11,000 deaths worldwide…at a death rate of 4%.

This, even after roads everywhere wore deserted looks; when residential gated colonies fortified, not allowing even residents to enter without a mandatory temperature test, like in Gautam Buddha Nagar otherwise called Noida, parts of which now resemble World War II type concentration camps. Don’t be surprised if somebody throws his dog from his 10th floor balcony. Yes, nerves are strung taut like a corona wire! In California, the state’s 40 million inhabitants have been told to stick at home and not venture out except to buy groceries and to keep the doctor’s appointments.

It’s the same everywhere. Coping with being at home is everybody’s concern. Hope the electricity does not go. The television and the remote are the only escape. That and the Internet, Wi-Fi and broadband. Is there a difference? In two and three-tier cities and small towns, power outages are already raising temperatures. The smartphone is the only saviour.

So, why are South Korea’s Covid-19 death rates so low? That question is bothering researchers who are also worried why Indonesia’s death rate is so high at 8%? The global crude mortality ratio for Covid-19 hovers around 3-4%, according to the WHO. In South Korea the number is 0.7%. So, what’s the difference between South Korea and Indonesia?

One is religion. The Muslim majority Indonesia has several religious injunctions that give cover to coronavirus; one of them being no autopsies after corona claimed its victims and got paid in souls. Then, there’s the little problem of hospitals, and equipment like ventilators and face masks, other medical supplies. Developed South Korea beats developing Indonesia in all these markers.

Which brings us to the question, “Does India have these in numbers to deal with a really serious coronavirus outbreak? It’s scary, the answer. Let’s admit it, Prime Minister Narendra Modi was not talking for the sake of talking to a microphone. He knows Indians are notorious for breaking the law! And if it comes to self-restraint or self-quarantine, will Indians be able to cope?

The simple answer is ‘No.’ Indians have their own definition of quarantine and it’s kind of funny. The suspected corona-positive individual does all that within the four walls of quarantine that he wouldn’t be able to do out in the open, like plant a kiss on his child’s cheeks and the child’s mom’s lips! Also cook, wash dishes and arrange the shelves in the kitchen cabinet.

It’s nobody’s news and everybody’s business that Coronavirus has “decimated” international financial markets and billionaires are transforming into millionaires by the hour in all continents. But that is not what’s bothering the toothless United Nations. This useless world body is horrified thinking of what will happen when Covid-19 sweeps through the Rohingya refugee camps along the Myanmar-Bangladesh border! Millions of unprepared vulnerable refugees live in these camps and once Covid-19 finds its way to them, there will be a nightmare!