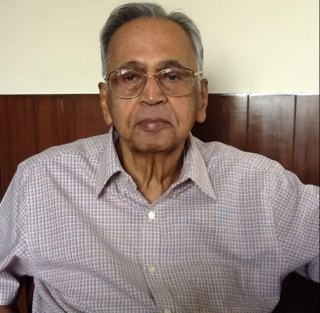 Dan Feldman, US Special Representative for Afghanistan and Pakistan, who is stepping down to resume his career in the private sector, was the very antithesis of his flamboyant predecessor Richard Holbrooke in his diplomatic repertoire – low-key, austere, purposive. Yet his quiet diplomacy as special representative for just an year showed results that eluded Holbrooke.

His follow-up of Secretary of State John Kerry’s seemingly outlandish venture to craft a national unity government in Afghanistan was remarkable and presents an abject lesson for Delhi that the best-laid plans go awry in the absence of clarity of thinking, tenacity and patience.

Most important, he didn’t break china – as Holbrooke did in his ill-advised, disastrous attempt to have Hamid Karzai replaced in the 2009 Afghan presidential election, a bizarre misadventure out of which he never quite recovered and for which the proud Afghan president never forgave him (or his mentors in Washington) — and the consequent heavy toll the US-Afghan ties took during Karzai’s second term is too well-known to be recounted.

In a farewell speech at the United States Institute of Peace in Washington on Wednesday, Feldman allowed us to have a reality check on the state of play on the AfPak landscape. The insights might be useful for the Indian foreign and security policy establishment and our community of pundits.

First and foremost, Barack Obama administration is quietly pleased with the overall performance of the national unity government in Kabul and backs it to the hilt. No doubt, it estimates that the doomsday predictions regarding the political experiment of the national unity government are unwarranted. The US wields much influence on Chief Executive Officer Abdullah Abdullah (whilst President Ashraf Ghani is “our man in Kabul”, after all) and is, therefore, well-placed to mentor the set-up in Kabul.

Having said that, Feldman points out that there is need for the diarchy in power in Kabul to “operate in a more inclusive manner”. That is to say, Ghani and Abdullah should guard against unwittingly creating disaffected elements in the political arena who might end up as “spoilers”. Interestingly, Feldman speaks of an Afghan “opposition”.

Interestingly, Feldman he gives a gentle warning to the regional states not to upset the apple cart in Kabul. (Hopefully, this would be duly noted in New Delhi.)

Feldman didn’t seem perturbed about the security situation and, on the contrary, he assesses that the Taliban are not getting anywhere. Nor does he allow himself to be haunted by the spectre of the Islamic State.

What utterly fascinated me was his nuanced assessment of the US-Pakistan relationship and the Taliban’s transition. Indeed, the US-Pakistan ties that were in disarray since the bin Laden episode have recovered and are currently “strengthened and stable”. But then, expectations have also been lowered and are on a “more honest and realistic” footing today.

Indeed, it still remains a challenging relationship for Washington and the jury is out whether Pakistan will conclusively jettison its past policies of differentiating between terrorist groups and take “forceful actions” against the Haqqani Network and Lashkar-e-Taiba as well.

Conceivably, the Americans “continue to have concerns about Pakistan’s history of using proxies against perceived foes in the region”. It appears Washington may share to an extent the skepticism in Delhi that the leopard cannot change its spots, but then, it also realizes the imperative to remain engaged with Pakistan.

Of course, one reason behind the Pakistani ambivalence could be that “the process of strengthening and embedding democratic rule will be gradual” in Pakistan and there are continuing “challenges” in the civilian-military equations, which nonetheless today appears to have “come to an important modus vivendi”.

Feldman chose his words carefully here, hinting that the military might have conceded ground lately to “the centrality of civilian-led democratic institutions”. The candid assessment will interest the Indian establishment in the context of the forthcoming talks between the NSAs.

Washington is pleased that there is “new life” in the Afghan-Pakistan relations since Ghani came to power and Feldman gives fulsome praise to Ghani, who, he says, “deserves great credit for courageously opening the opportunity for rapprochement with Pakistan, and particularly in such a deliberate and strategic manner”.

Now why would Feldman go out on a limb over a turf where angels fear to tread? For one thing, he probably hoped that his words would echo through the valleys and mountains of the Hindu Kush and convey the message that the US firmly supports Ghani’s overtures to Pakistan. This would help restrain those Afghan elements who have been sniping at Ghani for allegedly “appeasing” Pakistan. On the other hand, it also would help dispel the anxiety in the Pakistani mind that Ghani might not be able to sustain the recent pathway of détente, having come under such withering criticism by vested interests within Afghanistan (some of whom could even be getting encouragement by foreign powers.)

At any rate, Delhi should take careful note of the robust backing by Washington for the Afghan-Pakistani reconciliation. To be sure, the US wants to be seen fully, squarely supporting the talks between the Afghan government and the Taliban, and Feldman underlined that Washington sets no preconditions. Equally, the US explicitly acknowledges the centrality of Pakistan’s role and Feldman put on record the profound appreciation for the “unprecedented actions” taken by Pakistan to facilitate the peace talks in Murree on July 7.

The bottom line is that the US believes that the news of Mullah Omar’s death presents “an important opportunity” to the Taliban to bid farewell to arms and “become part of the legitimate political system of a sovereign, united Afghanistan”.

However, what may truly provoke the mandarins in South Block and make our pundits go ballistic is that Feldman singled out China for praise for its “engagement in Afghanistan and Pakistan”. He put on record that the US sees China’s role “not as competitive but complementary to our own efforts”. He flagged that the US and China have “embarked on a series of collaborative development projects in Afghanistan and convened a trilateral US-China-Afghanistan discussion, both firsts of their kind with the Chinese”.

Isn’t the US diplomacy having a whale of a time in our region? The Pentagon is about to hold Malabar exercise with India and Japan in the Bay of Bengal in September, while in the Hindu Kush the State Department folks are having a waltz with Pakistan and China. Hopefully, it will dawn on the one-dimensional men in our foreign-policy establishment that the earth is round and the US and China also happen to have a relationship of interdependency.

1974 batch IFS Officer [now retired], regular lecturer [getting the hang?] in IFS Officers-training Foreign Service Institute,  Melkulangara BHADRAKUMAR [see along side to know his mind] writes in [now obscure, obsolete, anachronous, incongruous yet significant because opinions like his still remain till they are alive] Mainstream, June26-July2, 2015, that “…Another intriguing aspect that arises is whether the summary [when has it been unsummary really?] removal of Sujatha Singh as the Foreign Secretary in January (under circumstances and for reasons that no one knows till today) and her replacement by a “hand picked”, “trusted” officer in very exceptional circumstances [it has happened many a time in the past in case of whether she or he]  ahd anything to do with the “Modigate” [Modi here who?]. After all, (Sujata) Singh is the daughter of a former Intelligence Bureau Chief who held public positions under successful Congress Governments. { IB Chief mentioned here is T V Rajeswar, IPS officer of 1949 batch. He entered Intelligence Bureau in 1962 and remained there till 1983. That is, 21 years. He was Director IB from 1980 to 1983. Those in know of the IB-working easily understand to what deepest/minutest extent, Rajeswar was in possession of all 5Ws+1H (Who, What, When, Why, Where, How) of all and sundry politicians etc in this country. That too, then, during the Cold War period, IB was absolute, ominipotent, last word in India’s Intelligence. Even the then RAW, in charge of India’s external intelligence, was pale in front of IB. Or, Rajeswar. Between 1962 and 1983, when Rajeswar was IB Boss, his daughter Suj(h)ata (now Sujat(h)a Singh, married with retired IFS  officer Sanjay Singh)  became IFS officer in 1976.  [Interestingly, Bhadrakumar became IFS officer in 1974].  Many living well-known people of that era do assertively confide without mincing words that during those years of 1-party rule in the Centre, Indira Gandhi all powerful, she almost fully dependent on the IB for her remaining in power, could she defy Rajeswar? No, not at all, no way. Rest can be gauged, guessed, assessed how Sujat(h) Singh became IFS officer! After all, the then IFS-candidates selection incharge Central Government’s UPSC and its Members, bosses were also under Rajeswar. (Here it needs to be clearly mentioned that no washing dirty linens in public are being done herein, only facts are being vividly [that too, without resorting to fine points/facts] narrated here for clarity). (Mentionably, Rajeswar is now working with Mukesh Ambani).

Coming back to removing Sujatah Singh from Foreign Secretary’s post this January, it was necessary because “she knew too much” and that was a hindrance to  this Government’s working. Without her at the helm of Foreign Affairs bureaucracy and with the present Foreign Secretary, present Government’s

+Mr Narendra Modi’s are Super-Duper, never ever witnessed before this.

As the Monsoon Session of Parliament enters penultimate week,