The limits of negativism 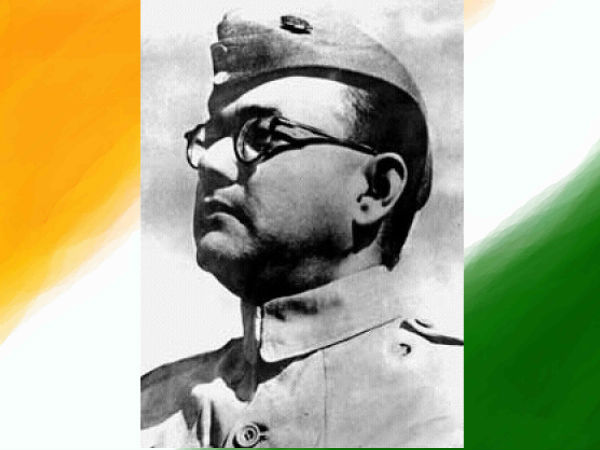 The special sitting of Parliament to commemorate Ambedkar only saw parties try to score brownie points. Opposition must realise that the people are tiring of confrontational politics.

At a time when India is making rapid economic strides and regaining its rightful place in the comity of nations after a decade of decadence, the political detractors of the BJP-led NDA, unable to countenance the growing appreciation of its policies and programmes, have launched a campaign to defame and discredit the government. This increasing intolerance towards a government that assumed power with a majority mandate stems from the insecurity complex of a shrinking Congress and confused Left. In the process, they are trying to obfuscate the truth, rake up divisive and extraneous issues, whip up an atmosphere of fear, and derail the development agenda.

Even as world powers are acknowledging India’s resurgence under the leadership of Prime Minister Narendra Modi, the BJP’s political opponents are trying to hijack the national political discourse, when the need of the hour is to have an all-round consensus on important issues. But why are the political opponents at home getting into a frenzy over non-issues? Is it because they will become politically less relevant with the passage of time, as the government is trying to fulfil the objectives enshrined in the Constitution? Had these parties been serious about India’s progress, debates in Parliament and outside would have been more constructive and meaningful.

Let us pause and look at the significance of a special sitting of Parliament to celebrate the Constitution and commemorate the 125th birth anniversary of B.R. Ambedkar. The idea was to revisit Constituent Assembly debates, historic speeches made by great sons of the country, and peep into their vision for India. But I was disappointed that during the debate, we tried to score brownie points over each other instead of pondering on the challenges facing the country.

The time has come to assess the extent to which the aspirations and expectations of the people have been fulfilled, while looking at the challenges before us. Babasaheb was a towering national leader, with great qualities of heart and head. He looked at the inequities in Hindu society as civilisational lacunae, and dedicated his life to eradicating them. Ambedkar was a great social warrior. He carved a niche for himself on the basis of his brilliant capabilities and intellect, and braved the odds and insults of the time. Yet there was no hatred or animosity in his political thinking. His fight was against the dichotomies, contradictions and evils of society, and not against Hindu society and civilisation itself. For Ambedkar, nationalism was not the mere transfer of power from the British, but meant the reconstruction of the nation. His core project was nation-building. India owes to him the position it has attained today. For instance, it was Ambedkar who initially envisioned fiscal federalism in the constitutional scheme. The division of revenue between the Centre and states was categorically dealt with in his comprehensive work on the financial autonomy of the provinces.

While favouring a federal form of government with an independent judiciary, Ambedkar believed in uniformity in fundamental laws, civil and criminal. He resigned from the Union cabinet when he realised that the Hindu Code Bill would not be passed. He was also not in favour of judges selecting judges and had said that “to allow the chief justice practically a veto upon the appointment of judges is really to transfer the authority to the chief justice which we are not prepared to vest in the president or the government of the day.”

Ambedkar’s fundamental concern was to liberate untouchables, the depressed classes, vulnerable women and minorities from the clutches of social oppression. While the provision of positive discrimination for SCs, STs, OBCs and women in the Constitution has led to a reservation policy in education and employment, which has no doubt had a positive impact on their socio-economic condition, the gap between them and the rest of society persists. While Ambedkar’s message, work and life are a guide for those at the helm, they also hold up a mirror to us, pointing out the distance still to be travelled to achieve the dreams of the founding fathers.

Even after 68 years of Independence, our country is grappling with evils like illiteracy (26 per cent), poverty (22 per cent), female foeticide, dowry, untouchability, atrocities on women, caste and communal politics, money power in politics, growing opportunism and defections, regional and economic disparities, the clamour for special status for states and the inclusion of more castes into the SC, ST and OBC categories.

It is sad that instead of strengthening democratic institutions, earlier regimes weakened them and tried to make them subservient to achieve political objectives. On the other hand, Modi, with his typical missionary zeal, is seeking to transform the country by improving the lot of every section — sabka saath, sabka vikas — especially the socially and economically vulnerable.

The time has come for those manufacturing dissent and indulging in a disinformation campaign to realise that such tactics won’t pay, and might boomerang sooner than later. The best example of this was the recent incident in Bangalore, when students overwhelmingly expressed support for Swachh Bharat and Make in India, stumping the Congress leader.

People have become politically aware and conscious of their rights. They abhor the wilful disruption of Parliament on flimsy pretexts. Is it so difficult to respect the overwhelming mandate of the people? The biggest irony is that people who subverted and sabotaged democracy, crippled fundamental rights, imposed censorship, put lakhs of people, opposition leaders and workers behind bars, amended the Constitution to suit individual whims and fancies, and superseded judges to create a pliant, committed judiciary, are now preaching sermons.

On the Congress’s charge that the NDA was not recognising the contributions of former Prime Minister Jawaharlal Nehru, I would like to set the record straight and declare in unambiguous terms that we respect Nehruji and never intended to ignore his contributions. At the same time, I would like to know from Congress leaders why their governments did not accord due respect and recognition to the monumental contributions made by great men like Ambedkar, Subhas Chandra Bose, Rajendra Prasad and Sardar Patel. Saddened by the neglect of such stalwarts, we are now correcting historical wrongs and giving due recognition to them. Yet the Congress seems to be terribly upset by this and grudged the Ambedkar celebrations. No party or family can appropriate the country’s freedom movement. It was a people’s movement, an unprecedented struggle of the masses. The Congress is simply unable to digest this fact.

Is it asking for too much from the opposition parties to support well-meaning, development-oriented schemes in the interests of the people? People are in no mood to accept negativism or the politics of confrontation. They want collaborative politics that will make their lives better and their futures brighter.

The time has come for all people to strive together to ensure the enactment of a common civil code, stopping conversions through fraudulent means, implementing sarva shiksha, empowering women and reservations, bridging the yawning urban-rural divide, reducing economic disparities, making agriculture remunerative, stopping the playing of caste and religious politics, curbing the criminalisation of politics, eradicating corruption, curbing fundamentalism, shedding pseudo-secularism, curbing terror, disapproving of asking people on foreign soil to overthrow a democratically elected PM and petitioning authorities in the UN, US and UK on domestic issues.

*The writer is Union minister for urban development, housing and urban poverty alleviation, and parliamentary affairs.