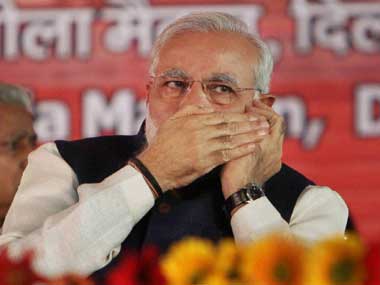 Mobile Network Companies (MNC) would have unobtrusively, uninterruptedly, relentlessly carried on with this “money minting racket” (racket because they make/mint millions for the time of missed call/vanished calls as the subscribers cling on to their phones without suspecting they are being charged for the no calls done but yet are connected) of theirs had not the Prime Minister himself faced Call Drop last fortnight. He was amazed, flabbergasted at this phenomenon as he wondered where did his voice go while he kept on talking to the X he had called as later, X rang up again to say he had not heard any thing.

Modi was wonderstruck. This is the first time PM’s phone faces call drop. He never heard of this before. He began enquiring, and, to his utmost amazement discovered that it is the mobile telephone companies who resort to call drops or call vanishing to track/trace/record calls and second, by vanishing calls, they save millions which unassuming subscribers are forced to pay. This has been going on since 2013. Since Network owners are powerful, influential, the subscribers are virtually forced to suffer their humiliation/exploitation/dadageeree/overcharging/wr-ongfully charging in utter silence. What’s more? PM enquired and found out to his utter horror that many of his ministerial colleagues, MP colleagues, political associates day in and day out face this problem but they suffer in utmost silence. Because they are helpless. Service Providers are very powerful.

What’s more? So daredevil the Network Providers are that for them, Pradhan Mantri, Ministers, MPs to commoners are all same. They couldn’t care less for anybody.

It is then that the PM ordered for a Cabinet Meeting on thisnissue last fortnight. His no-holds-barred castigation bore fruitful results. Call drops have now minimized if not stopped. PM has of course assured service providers to sort out their signal-sending Tower-deficiency problem by installing towers on roofs of Government buildings. But that does not mean they should resort to call drop and fleece customers. If they do so again, they would be exposed all throughout the country on how they mint money by cheating masses. They then should be prepared to face consequences. Alongside, Government will sponsor many waiting-service providers to replace them. In that case, even American companies will be OK. Service providers became rabbits. Thereafter, they just did meeeooow and sheepishly resorted to providing normal signals to the customers including the PM. QED