Tough Test for BJP’s Chanakya ahead Amit Shah : The Man & The Times… 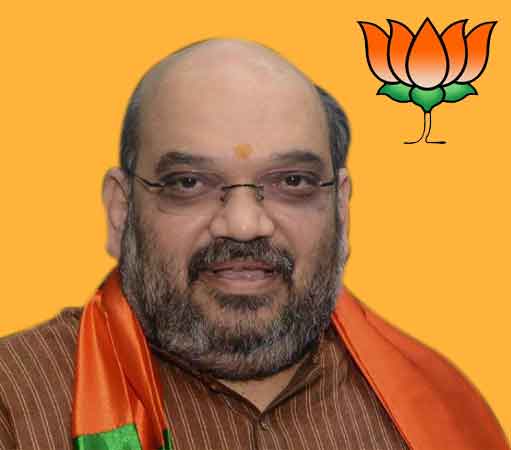 Amit Shah is back as president of Bhartiya Janata Party for a full term but faces his colossal test during the assembly elections in 2016.He is often referred as “Chanakya” because of  his  game-changing electoral strategies which contributed to the back to back victories of Bhartiya Janata Party in Maharashtra, Haryana, Jharkhand and Jammu and Kashmir. But the second half of his first tenure observed successive defeat of the BJP in Delhi and Bihar despite Modi wave and his electoral strategy. Besides, BJP’s Chanakya faces his crucial test in his second term with assembly elections in West Bengal Punjab, Uttar Pradesh , Puducherry , Kerala , Tamil Nadu and Assam where elections are scheduled in 2016 and 2017. Moreover, the Bhartiya Janata Party faces tough challenge in majority of the states because of its rare past relevance. Simultaneous victories of BJP led to a sense of egotism and pomposity among the top leadership leading to over confidence and the outcome was the setback in Delhi and Bihar. The strategy of the top leadership to rely on outsiders(Bahari) and completely marginalize the grass root karyakartas(workers) created a sense of resentment within the party leading to a humiliating defeat. Quoting Newton’s third law, for every action, there is an equal and opposite reaction. The sense of pomposity among the top leadership and moreover the humiliating defeats the unified internal party structure appeared to be hoax as the period witnessed dissent and creation of foe within due to act of power centralization at its peak. No doubt as an appreciable manager he took an determined membership drive in his first tenure through which people could join the party through sms and missed calls. His ambitious drive professed to have registered more than ten crore karyakartas around the globe which led Bhartiya Janata Party to become largest political party in the world  surpassing the Chinas Communist Party.

Amit Shah’s strength lies in his ability to mobilize grass root workers .He is often considered as a grass root level manager. Whether it his strategy to meet the general karyakartas across the country every Monday without prior appointment at the BJP head quearter or his samvad programme. Such fresh policies under his leadership thus proves him to be a grassroots level manager and thus made the party president much accountable to its karyakartas which could in-fact prove to be a game changer as it has produce party workers with a missionary zeal.  But, at the same time BJP’s Chanakya has failed to balance with parties senior leaders and is often criticized for being inaccessible. BJP leader  Subramanian Swamy and former party secretaries have failed to get an appointment with Amit Shah for over years despite more than two attempts and they have publicly expressed there concern. Thus, it’s a challenge for Shah to maintain a balance to attain united goals. Amit Shah’s close propinquity has been built over the last three decades and he understands Modi’s mind better than anyone else in the party. Shah’s biggest strength with the party is his close proximity to Modi. The two have worked together since late 1980’s , when Modi, an RSS pracharak, entered the party through RSS and Shah was a junior party worker. Thus, Shah also has the blessings of the mother organization RSS and its leaders believe that Shah is one of the most loyal to the sangh parivar because of his connect from the root.

No party president has been such an election strategist as Shah. His firmness during the 2014 general elections as UP in-charge is considered as the main factor behind the parties grand victory in the general elections.  During the UP election as an electoral strategist it was a set rule that the tickets would be given only to those candidates residing in constituencies for which they sought a ticket. Even the senior leaders or there acolytes failed to get the ticket on Shah’s set rule. Unlike In Uttar Pradesh, local leaders were sidelines in Delhi and Bihar. The campaign was run with the help of few outsiders and just two faces in the posters Prime Minister Modi and himself. Even their own union ministers who campaigned in Bihar were not happy with the dictatorial functioning of the top leadership.  On the other hand negative campaign, war of words, RSS chief remarks, self-pride and over confidence contributed to a huge set back and a question mark on the top leadership.

If the party and its top leadership learn from their past , BJP’s Chanakya might turn the parties direction and lead it to victory in some key states in the upcoming assembly elections, though he faces his biggest test during the assembly elections in 2016.