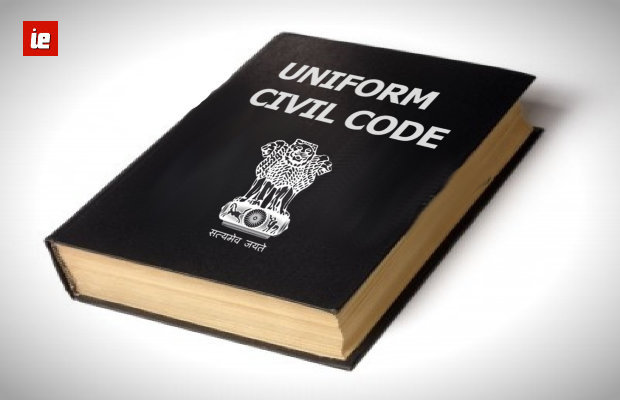 If all Indians have same laws governing them, then the politicians will have nothing to offer to any community in exchange of their votes. Uniform civil code only means uniformity in personal laws. It will be a neutral law which will have nothing to do with religion. Freedom of religion granted as a Fundamental right will remain so under the Constitution. The term civil code is used to cover the entire body of laws governing rights relating to property and otherwise in personal matters like marriage, divorce, maintenance, adoption and inheritance. As things stand, there are different laws governing these aspects for different communities in India. Thus, the laws governing inheritance or divorce among Hindus would be different from those pertaining to Muslims or Christians and so on. Article 44, which is one of the “directive principles” laid down in the Constitution says: “The State shall endeavour to secure for the citizens a uniform civil code throughout the territory of India.” As Article 37 of the Constitution itself makes clear, the directive principles “shall not be enforceable by any court”. Nevertheless, they are “fundamental in the governance of the country”.

Romila Thapar pointed, “Secularism begins with uniform civil code. Religion impinges on every human rights in the civil law — whether its birth, death, marriage, divorce, — the religions have laws on all of these, and so making India secular necessarily means demarcating religion out of our social institutions. No one has really questioned this idea. We have just accepted secularism as a value but have not asked ourselves what it means to be secular as a society. We have just gone on mouthing slogans. Good slogans and bad slogans. But we haven’t yet started discussing what happens when a society has to be secularized. The consciousness of being citizens and having rights is a consciousness that we lack. “Politically, the nation is divided as BJP, which propagates implementation of the Uniform Civil Code and the non BJP including the Congress party, Samajwadi party, who are against the implementation of the UCC. Socially, the intelligentsia of the country, who analyse logically the pros and cons of the UCC and the illiterate who have no opinion of their own and succumb to the political pressure are at opposite poles. And, religiously, there is a dangerous widening schism between the majority Hindus and the minority community mostly the Muslims. Being a lawyer, I would like to consider the legal implications of UCC. A common civil code will help the cause of national integration by removing disparate loyalties to law which have conflicting ideas and ideologies.

The controversy is between the UCC and Secularism. Though the substantive laws of crime, commerce, economy etc are now governed by secular law based on the principles of ‘justice, equity and good conscience’, personal religious laws continue to operate in the private domain of citizens. Certain personal laws, especially of the Hindus, have been codified accompanied by certain amendments in light of the compulsions of modern times, while others continue to apply to the respective religious groups in their long-established, traditional forms. There are five broad sets of family laws in India based on the religions professed by its different communities. Hindu law governs all Hindus, as also Buddhists, Jains and Sikhs. Muslim law applies to Muslims, Christian law governs Christians, Parsee law applies to the Parsees. Jews have their own personal law. It was pointed out at that time that, firstly, as Common Civil Code would infringe the fundamental right of freedom of religion as mentioned in Article 25 and secondly, it would amount to a tyranny to the minority. Nowhere in advanced Muslim countries has the personal law of each minority been recognized as so sacrosanct as to prevent the enactment of a civil code. In Turkey and Egypt no minority is permitted to have such rights. If you will look to the countries in Europe which have a civil code, everyone who goes there from any part of the world and every minority has to abide by the code.

It is not considered repressive, dictatorial, undemocratic or arbitrary in European countries. Our first attempt is to bring national unity, there are certain points and important factors which is a dangerous threat to national consolidation. Drafting a UCC will not prove good for India because firstly, India has a more diverse culture with people of so many religions living and professing their religion and it’s important to respect their religious affiliation when it comes to exercising their rights under personal laws. Thirdly, the judicial activism and intervention of Parliament has worked well for India because the judges have taken a very harmonious construction of the personal status laws making sure that the rights of women are protected. Moreover the word ‘secular’ was added to the constitution so as to allow citizens to practice any kind of religion that they might want to. Also, the Constitution very explicitly has made certain provisions for its citizens in matters related to religion and practice. In fact, all these circumstances were, however, forgotten by the national leaders after independence so much so that they even forgot that separatism contained in the theory of personal identity of Muslims was nothing but a relic of the same old ‘two-nation’ theory, which the framers of the Constitution had themselves fought against. There is a compelling need to study the personal religious laws from a human rights perspective. India has time and again pledged its commitment to upholding the normative regime of human rights, be it in the provisions of the Constitution or the terms of the various international covenants and treaties. Principles of equality, non-discrimination and fairness which form an essential part of the human rights discourse are the subject matter of the debate regarding personal laws of India. These principles are enshrined in the Preamble to the Constitution, Fundamental Right and the Directive Principles.

Perhaps the Shah Bano episode triggered as a landmark in the policy of judicial intervention in personal laws. The backlash of the community was not as unfortunate as the complete disregard by the then government of Constitutional directives, egalitarian values and notion of justice. The apex court of the country has often fallen prey to this false public-private dichotomy by failing to intervene in the personal laws governing private domain in order to check discriminatory practices therein, probably regarding the need for changes in family matters etc. as ‘social’ and ‘developmental’ issues. Most interventions have been piecemeal. When you make any difference between citizens in this land, you can make it only on the lines of community and community directly means religion and we have deliberately eschewed religion. To be frank and honest enough , we must make it a point that whenever we bring anything on the anvil of legislation, it must be such that it will apply to one and all of this land ad there will be no differentiation.

To uphold the basic moral values of India that is enshrined in the Preamble to the Constitution, it is the need of the hour that the legislature shall try to integrate whole society on a single plank; with the objective of women’s rights, equality and secularism. Goa is the only state in India that has a common family law and which works on the principle of Uniform Civil Code. These laws should be drafted by including opinions of all stakeholders, personal law boards and evolving a common consensus so that it does not affect the rights of minority. It helps in national consolidation. We are a hypocrite society. The agenda of the present government seems to create a Hindu nation rather than a united nation. How can we expect people to follow different religious practices in a place where they are killed because of different social customs, habits and rituals? UCC seems promising but in reality, it will create new problems.

I consider that Uniform Civil Code should be implemented only when the people through education choose a good stable government to move the Article 44 of the from the directive principles to a fundamental right for all the citizens of India. It is necessary that law be divorced from religion. With the enactment of a uniform code, secularism will be strengthened; much of the present day separation and divisiveness between various religious groups in the country will disappear, and India will emerge as a much more cohesive and integrated nation. It shall only be considered as an option, a confusing affair.

*Author is a Lawyer and a Writer