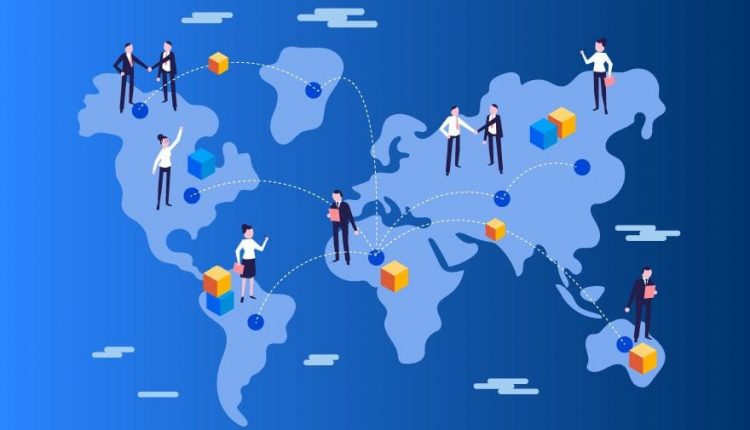 What a paradox? King coal refuses to surrender even as more than 40 countries at the COP26 climate summit at Glasgow pledged to ‘quit coal’. Instead, global demand for coal and price have skyrocketed over the last several months with China, the US and India playing the spoilsport. The world climate may continue to worsen in the coming years as some of the world’s biggest coal-dependent countries, including China, the US and India, did not sign up. More surprisingly, the heads of states of China and Russia, both fossil fuel guzzlers, chose to absent themselves from the climate summit.
China is the world’s biggest producer-consumer of coal and CO2 emitter. Coal is branded as the single biggest contributor to climate change. In fact, coal accounts for 40 percent of the global energy production, according to the International Energy Agency (IEA). It continues to be a highly sought after energy source along with other fossil fuels in many parts ofthe world despite its being the worst offender of CO2 omissions.

In India, thermal power stands for nearly 70 percent of its electricity generation. Though the country is
going for non-conventional energy, including solar power, in a big way, but it is yet to pose much threat to India’s thermal power generation and demand. New coal mines are open almost every year. Existing mines are pressed to produce more coal. UK shadow business secretary Ed Miliband said there were “glaring gaps” from China and other large emitters, who have not committed to stop increasing coal use domestically. He also noted that there wasnothing on the phasing out of oil and gas. Going by the latest globaldemand surge for coal, climate campaigners may have to accept the bitter fact that the commodity is

NXTGEN: THE PIONEER IN DATA MANAGEMENT

NxtGen is a leader in the space of Datacentre and cloud- based services. NxtGen’s primary aim is to help businesses of different scale grow substantially by creating additional capacityfrom their existing infrastructure, while reducing complexity and cost significantly.
NxtGen’s vision is to be the market leader in the Data Centre industry. N xtGen’s operating style and company ethos are the differentiators to provide customers with real time solutions. NxtGen understands both the business of technology and the technology of business. NxtGen teams explore the newest products, the latest technologies and the most insightful studies to propose the best machines for IT Infrastructure needs. NxtGen is driven by efficiency and excellence in how we operate and how we help our customers operate. We believe that truly efficient technology is that which saves time, energy and cost. We want our
customers to pay for what they use and configure the best solution to fit their need.

NxtGen has fully functional offices in Bangalore, Mumbai, Delhi, Chennai and Hyderabad, we are slowly expanding our base of business operations in the Middle East and South Asia.

NxtGen is the honored recipients of CIO CHOICE 2016 Honor &
Recognition Award in the Hyper Convergence category. They have also been recognized by Gartner as
a Cool Vendor in 2014 for their realistic vision. In addition to this, they have been one of the six organizations in the world (and the first in India) that has been certified by SAP® in infrastructure operations services. Besides, Microsoft recognized them as the NationalHosting Partner ofthe Year in 2014. They arealso proud oftheir association with Intel as they are working with the company on cloud technologies.

unlikely to go down without a fight. It may take much longer to “consign coal power to history.”

The IEA holds coalpower generation responsible for 46 percent of global carbon emissions. To stave off the worst effects of climate change, it says, governments need to slash coal’s share of global power supply to less than one percent. However, to the discomfort of climate campaigners, coal usage has strongly rebounded in the past several months, wiping out declines in 2020 and interrupting a decades- long downward trend of coal use in advanced economies. In the international commodity market, coal futures have fast erupted, climbing 400 percent insome regions to reach record highs. Interestingly, shares in US coal producers have recovered from all-time lows. In the case of the Peabody Energy Corporation, which owns interest in 17 large active coal mining operations in the US and Australia, shares have rallied over 700 percent in 12 months.

Back home, government- owned Coal India Limited (CIL), the world’s largest coal mining company, is producing and despatching more coal this year. Demand for coal inIndia far outstrips supply despite nearly 15 percent more coal sent to power plants, this year. The overall coal production in last September significantly increased to 51.7 million tonnes (MT) as
compared with 38.9 MT in September 2020 and 39.5 MT in
September 2019, registering a growth of 33 percent year-on-year and 31 percent when compared with September 2019 production. On a cumulative basis, India’s coal production increased by 12 percent during April- September 2021 period as compared with the correspondingperiod of last year and
5.5 percent compared with the same period of 2019. Coal production generally slows down during monsoon season and an extended monsoon this September has impacted mining operations in India. The share price of CIL reached a 52-week high at Rs.204 from the lowest level of Rs.119.75 during the period.

Across Asia, thermal coal prices hit new highs in September as power plants in China and India reported critically low levels of inventories to meet robust power consumption. China and India jointly account for 65 percent of global coal use. They are also the world’s two biggest importers of the fuel, followed by Japan and South Korea. India’s low nuclear power capacity has also made the country more dependent on coal power generation. While domestic coal demand is growing strongly, that is not the case for supply. The most- traded thermal coal futures contract on China’s Zhengzhou Commodity Exchange jumped to a record high of979 yuan
(US$151.63) a tonne. Chinese futures for coking coal, used mostly in steelmaking, also surged. Strict supply controls in China have been a catalyst behind the latest price surge. Coal prices fromAustralia and Indonesia, both major exporters, also scaled all-time highs recently, with Australia’s Newcastle prices rising roughly 50 percent and Indonesian export prices up 30 percent in the last three months. The most positive part of the COP26 climate summit at Glasgow is that 20 countries, including the US, pledged, in a separate commitment, to end public financing for “unabated” fossil fuel projects abroad by the end of 2022. Such projects burnfossil fuels, like coal, oil and naturalgas, without using technologyto capture the CO2 emissions. Several major coal-using countries such as Poland, Vietnam and Chile committed to shift away from coal. Signatories to the ‘coal pledge’ have committed to ending all investment in new coal power generation domestically and internationally. They also agreed to phase out coal power in the 2030s for major economies, and the 2040s for poorer nations. Dozens of organisations also signed up to the pledge, with several major banks agreeing to stop financing the coal industry. Yet, it is true that the end of coal is not immediately in sight. On its part, India is genuinely trying to reduce its dependence on coal power.