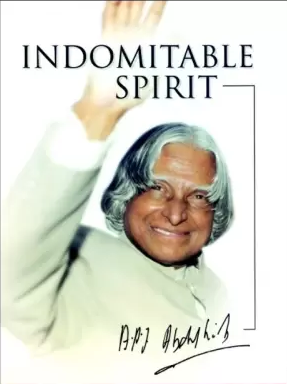 Not a day passes these days without the news of one global Indian or the other having done something remarkable. The latest is the story of Indian origin American physician Anil Menon, who has been included in a group of ten to become astronauts for future NASA missions. A lieutenant colonel with the US Air Force, 45-year old Menon is of Indian descent, though born to a Ukrainian mother, and SpaceX’s first flight surgeon, helping launch the company’s first humans to space during NASA’s SpaceX Demo-2 mission and building a medical organisation to support the human system during future missions.

It was only a few days ago that the news of India-born IIT alumnus Parag Agarwal succeeding Twitter founder Jack Dorsey as the CEO of the microblogging giant gave Indians cause for celebration despite the unquantified threat of the Omicron variant of coronavirus dampened spirit all around. With Parag ascending the position, some of the world’s biggest and best companies are now steered by the able leadership of Indian managers. The list keeps growing and already has Microsoft, Google parent Alphabet, IBM, Adobe, Nokia, Motorola, Mastercard, Cognizant, Xerox, to mention some of the toppers.

Each one of them deserves the position in their own individual merit. But there is a common thread that binds their success, which is beyond their individual capacities. It is the triumph of Indian values, knowledge and ingenuity that the country and the people have been known for through the ages. It also a saga of sacrifice and dedication that characterises the Indian family system. There have of course been aberrations, but the core Indian family values still remain intact in a major part. It is unclear if these highly successful men and women will live for their children, when it comes to their turn, just as their parents had done that for them with eminence. And that is the most remarkable feature about their success.

While it is true that some of the Indian CEOs, like Menon himself and Microsoft boss Satya Nadella, have come from more enabling family backgrounds, but some others like Google’s Sunder Pichai, have achieved success through sheer grit by themselves and their families. Pichai went to school by crowded and rickety city buses, pushing and being pushed around for a foothold. When he got admission to a US university, his father had to take a loan to buy the ticket, which cost more than his annual salary. Pichai once said that after he landed in the US, unable to buy a new backpack, which cost $60, he had to buy a second-hand bag. He was least bothered about being its second owner because, back in India, he had learnt to cope with any situation.

This probably explains the success of Indian CEOs. They have the benefit of a civilization that valued knowledge, dedication, determination and experiences. They have a background where competition and ingenuity are parts of a culture that lived through centuries. They don’t get overwhelmed by situations, a quality that stands them in good stead while dealing with complex problems faced by their respective organisation. They are undaunted by competition, which they have faced abundantly back home. In India, you have to compete even to breath air!

A debate at one of the World Economic Forum events in Mumbai way back in 2011 had sought to unravel the secret of the success of Indian CEOs. There was broad agreement that they were comfortable with diversity, which India has in abundance, whether of language, faith, traditions and practices and geography. Indians fight a perennial battle for survival, whether it is in getting admission to the A-rated school or getting a placement in a leading company. Indians also find their way out of complex situations by ingenious ways. The Indian ingenuity of jugaad has been the focus of academic interest, including at Harvard, where researchers have described it as an antidote to the complexities of India.

A Harvard Business Review article examined how the resource-constrained and chaotic Indian situation inspired jugaad solutions to problems and how entrepreneurs and corporations practiced it to develop market-relevant products and services that are inherently affordable and sustainable. It described Jugaad innovators as ‘modern-day alchemists who transmute adversity into opportunity, and in so doing create value for their organizations and communities’.