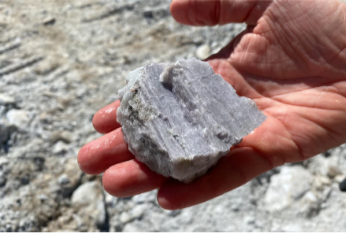 After the decisive victory of the Left candidates in four out of the five presidential elections in Latin
America in 2021, the New Year 2022 is witnessing close collaboration between the lithium producing
countries of the region to develop their own resources without depending on the American multinational
corporations.
Bolivia was the first country to declare last year after the new Left government took over that the
Government would review the mining policy of the previous government and take steps to develop the
fields for production on their own. Mexico has already initiated some steps to take control of the lithium
reserves for production by the government owned companies. Now the President elect of Chile Gabriel
Boric expanded the move by talking to the Mexican foreign secretary Mercelo Ebrard on January 5 and
expressing his intention to review the lithium reserves policy.

Boric who will take over as the President of Chile on March 11 this year, already talked to the Mexican
President Obrador after his victory in the last November elections and they discussed the areas where
Mexico and Chile could collaborate. The meeting with the Mexico foreign secretary last week, was a
continuation. Mexico is taking big interest in the programmes of the left wing coalition of Chile. There
are indications that some of the left wing governments will jointly work for the reconstruction of their
respective economies which poses the biggest challenge in the present period of covid pandemic.
Already, Chilean President elect has shown his direction of foreign policy. He was requested by the
outgoing p[resident Sebastian Penera to attend the Pacific Alliance meeting in Colombia instead of him,
but Boric refused that. The coalition has worked out its foreign policy direction in its programme and
Boric will stick to it. Presently intensive discussions are going on among the coalition partners including
the Chilean Communist Party for a both short term and long term agenda.
Among many congratulatory phone calls from regional and world leaders, Borichas emphasised his
positive conversation with Bolivian President Luis Arce, particularly relevant given historic tensions
arising from Chile’s 19th-century seizure of Bolivian territory which deprived that country of access to
the sea. Bolivian president is expected to be present in his inauguration ceremony.
There is no doubt about the similarity of thei goals of Mexico, Chile and Bolivia and their policies:
Both emphasise social justice, women’s rights with parity at all levels of government, tax justice where
large corporations and the rich must pay their taxes and will have no tax holidays or exemptions,
environmental justice and economic sovereignty — and Latin American unity. In all these three
countries, the elections were properly held and the Left wing candidates were elected president by
convincing margins.

According to political observers, all the three countries including Peru have some differences of opinion
about the way the current presidents of Venezuela and Nicaragua are dealing with the opposition. In
Venezuela, the Communist Party has distanced itself from the ruling government of Maduro on the issue
of authoritarianism. But the Party is backing the Maduro government against American provocations. In
Nicaragua, while the left wing governments are against any American sanctions against Ortega
government, they do not like his manner of governance.
That way in 2022, even among the Left wing governments, the ways of governance will vary from
country to country. Two more presidential elections are due in 2022- in Colombia in May and in Brazil
in October. As of now, in both countries, the left wing presidential candidates are far ahead of their
right wing opponents in opinion polls. Latin America is poised for a pink tide once again.

FIVE ASSEMBLY ELECTION RESULTS WILL IMPACT CRUCIAL PRESIDENTIAL POLL FOR CONGRESS, WINNING OF AT LEAST TWO STATES INCLUDING PUNJAB IS A MUST