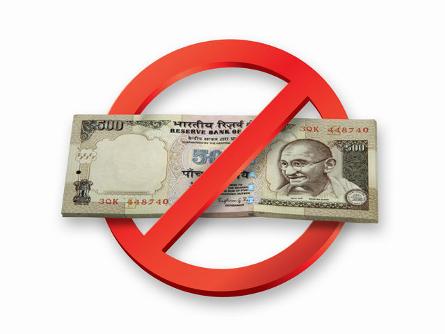 The note-ban is to change the course of economy and politics in 2017. It has raised aspirations further and Prime Minister Narendra Modi will have to deliver at a more feverish pitch.

The hype on demonetisation has also overshadowed many of the credible performance of the Modi government.

While many problems everyday are highlighted on the travails of people at bank counters, business stagnation, loss of wages, RBI’s forecast of 0.5 percent GDP fall; the performance of the government on international front, highway construction, dole denial or decision making remains in the backdrop.

An overloaded media and government publicity machinery simply chose to ignore the most significant assault on the US and China. It also ignored whether the tough demonetization can change the future economics and diplomacy.

The US Congressional Research Service (CRS) has virtually conceded that the hike in US visa fees, that affect employability of Indians in the US, is inconsistent with General Agreement in Trade and Services (GATS) obligations, evolved in the Uruguay round in January 1995.

The CRS has come out with its study as the Modi government in March 2016 dragged the US to World Trade Organisation’s (WTO) dispute settlement body for increasing fees for H1B and L-1 visa categories. India has stated that the move would impact India IT professionals. India has alleged that the US is violating internationally binding agreement, GATS.

The CRS says that one potential outcome could be a WTO determination that disputed statutes are inconsistent with GATS. It is a simple admission that despite friendship with Obama, Modi is correct and can change the WTO paradigm.

The broad CRS hint may lead to intense diplomatic dialogue by the new Donald Trump administration and pursue India to move out of the WTO dispute resolution in lieu of cut in visa conditions for Indians. If the US loses the case in WTO, it would have to open up its doors to everyone including the Singaporeans, Chileans and other disliked Latin Americans.

India along with Indonesia has also sent strong messages to China for resolving disputes in the South China Sea. The message calls for utmost respect to the convention establishing international legal order of the seas and oceans (UNLOCS).

India also opposed China’s rail-road cargo service with Nepal as it hits sale of Indian goods. No wonder China has also protested India’s $ 1 billion aid to Mongolia and termed it “bribe”. It even went on to tell India that if it opposed Nepal link, it could face endless trouble. China’s support to Pakistan-backed terrorists like JeM chief Masood Azhar is an international irritant.

Modi has tried to ensure energy security through deals in Saudi Arabia, the United Arab Emirates, and Qatar, Mozambique and the US by his whirlwind tours.

The Modi government’s steps are considered bold and strategic by international experts. His move at making India a partner in US defence strategy is to boost critical production.

This may help India gradually o get into the Nuclear Suppliers Group (NSG). It may be recalled that in July, 2016 India became the member of the Missile Technology Control Regime (MTCR), considered a precursor to the entry to NSG. His government’s rescue missions in West Asia – Operation Rahat – exemplified that bold initiative can change perceptions about India.

Nobody possibly knew that choking terror funding was so easy. Jammu and Kashmir and Chhattisgarh see unprecedented solutions. Terrorists are on the run, stone pelting stopped and Naxalites take the safe route of surrender as their cash evaporates. It would not only change the development discourse but would also reduce expenses on policing – possibly equal to the cost of printing new currency notes and destroying the old ones – almost Rs 30,000 crore.

Yes, the cash crunch has thrown new challenges to the rural economy. Agricultural markets saw a sharp drop in trading volumes. Small farmers who require funds sold their kharif produce at a discount. Modi has started thinking in terms of farmers and kisan credit cards but the latest National Sample Survey (NSSO) says that 52 percent farm families have an average debt of Rs 47,000.

Note-ban certainly is a bold decision to move away from 1991Manmohanomics. It is an experiment that is likely to become the anchor for future discussion on Indian economy. Modi is accused of changing rules over 60 times in 50 days (Nov8 – Dec30). The detractors see it as flip-flop while others view it as the adaptability of a non-rigid government to suit the practical needs.

That has prevented the opposition cash on the supposed discontent over note-ban. Delhi’s Times of India on Dec 29, 2016 headline says, “Round one seems to be Modi’s”. This is proven by the “joint” opposition’s rejection of Congress as the automatic leader of the anti-BJP campaign. The political circles still are apprehensive of the scam tainted Congress, or “which”, to quote Rajmohan Gandhi (Indian Express, Dec 27), “did not or could not fight corruption… Modi seems closer to cultural revolutionaries of the Right and Left”.

Digitalisation has its problems. It is expensive. Security is lax. Even Infosys chief Nandan Nilakeni says that each transaction costs Rs 5 to 15 or more on e-wallet and much more on debit and credit cards.

But it is fast. Overnight it has catapulted India into digital age, a promise the 2016-17 budget made, a big leap since computerization by Rajiv Gandhi. Prudent Modi is expected to make it inexpensive, secure and people friendly.

Modi has to bring farms and farmers into focus in the budget. He has to ensure when production rises farmers investments are protected and middle men do not thrive in difficult situations.

Note-ban is a great gamble. Modi has to win it for all – rural folks, urban workers, and the industry. He has to send banks on feverish pitch after large lenders to end bad loans.

People want to see him succeed in a globally challenged economy. They want him to take care of their travails, decide on floor deposit interest rates at 9 percent so that their money value remains intact, do away with income-tax, highway tolls, make people cash rich and cut bank transaction costs.

More money into people’s hands is the panacea for pacing up economy.

Many hints are there that Modi wants to do. The country expects that 2017 becomes a landmark in Indian economy.