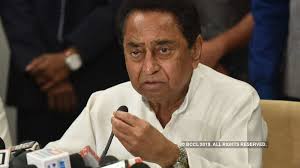 COOPERATIVES, BUILDERS ARE THE MAIN TARGETS
Madhya Pradesh government has launched war on mafia of different denominations. Chief Minister Kamal Nath has declared that he is determined to make Madhya Pradesh total mafia free. Interestingly one such mafia is being run by a semi government organisation. This organisation is known as Sanchi Dugdh Sangh- a cooperative which supplies milk to individual customers.

So far people had deep faith in this organisation. Consumers believed that the milk supplied by Sanchi s hundred percent pure. But to their shock it was discovered that supplier take out bulk of milk from the tanker and would replace it with water mixed with Urea. It was later revealed that this racked was going on for long time and despite the fact that it was known to a section of the sangh staff no concrete measure was taken to stop it and punish the guilty.

The racket became known when the crime branch of Police seized milk tanker on Bhopal-Mandideep border carrying milk to Sanchi Milk Federation and nabbed the driver and others red handed while adulterating milk by mixing Urea by breaking the seal of the tanker and removing the GPS device from it.

The accused were mixing synthetic milk in contaminated water and Urea and sealing the tanker again with an adhesive. Police found two Urea sacks and empty Urea packets from the spot. FDA team was also called to the spot by the cops.

ASP (crime branch) Nischal Jharia said that Police received information about synthetic milk being mixed in Sanchi tankers on Bhopal-Mandideep border. Thereafter, Police team reached the spot and found a Sanchi milk tanker parked near the main road. The accused driver had kept the GPS at a puncture repair shop. Police found 36 cans of 50-lite pure milk each filled from adulterated milk. The accused were arrested and being interrogated. The tanker was bringing milk from Betul.

Couple of days after the busting of this racket acting chairman of Sanchi cooperative, divisional commissioner Kalpana Shrivasta suspended two of its employees.

Two employees- quality control officer Shyam Gupta and in-charge GPS monitoring Kamal Yadav were suspended by divisional commissioner based on the report submit by a committee constituted following the incident. Process of terminating the services of these two employees has also been initiated, informed official sources.

There are around 6,000 village level ‘samitis’ which provide milk to Bhopal based co-operative. The milk is first brought at the refilling and freezing centres, there are around 5-6 freezing centres in each district. There is a provision for laboratory tests at these refilling points. The milk, is loaded in tankers and before sealing each tanker sample is taken. When the tankers reach the processing plant, again samples are taken and detailed chemical examination is done.

“The tanker with adulterated milk had not reached our processing plan, had it reached there, it would have been caught. We carry chemical analysis to find adulterants at refilling point, at the entry of processing plant as well as during the processing. In fact, presence of .08 mg Urea can also be detected here” Managing Director of MP State Co-operative Dairy Federation Shamimuddin claimed.

Minister for animal husbandry Lakhan Yadav also held meeting with the officials to decide on further course of action.

Another mafia targeted by the government consists of builders. In several cases these builders build huge buildings on unauthorised land, sometimes owned by the government. They also build their mansion, hotel and raise colonies, that too without proper permission and clearances. These unauthorised constructions are being demolished. A local newspaper published this news with the headline “Hotels razed as authorities go hammer & tongs at land mafia”. Reports of such demolitions are reaching Bhopal from many towns including Indore.

The fourth and fifth floors of another hotel in Kasturba Nagar were also demolished, The action was taken after building permission records we tabulated and the construction was found to be in violation of rules. SDM of Huzoor said the illegal structures were removed on the land of village Adarsh Nagar, Divya City Colony and Kanha Saiya.