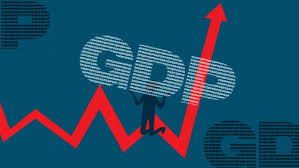 IMF RUES LOST MOMENTUM, PROJECTS RECOVERY TO 6.5% BY 2021-22
India, with a revised down growth projection at 4.8 per cent in current fiscal (2019/20), finds itself on a rough road to regain the lost momentum for 7 per cent, given the latest IMF projections of 5.8 per cent in fiscal 2021 and 6.5 per cent in 2021-22. The Modi government’s ambitious goal of a five trillion dollar economy by 2024 stands ruled out for the near future.

Even otherwise, the Prime Minister with heroic policy declarations has done little to make them workable. Indeed, given his other “transformative goals” for a “New India” (Hindu Rashtra), he has kept himself preoccupied, in partnership with his closest colleague, Home Minister Amit Shah, in more of political adventurism.

The basic problems of economic slowdown, massive unemployment, farmer distress etc have been sidelined in the process. It remains to be seen how far Finance Minister Mrs. Nirmala Sitharaman is able to address the principal ills of the economy facing a massive resource crunch, mainly a huge shortfall in budgeted revenue receipts in fiscal 2020. She is due to present Union Budget for 2020-21 to Parliament on February 1.

Unless the Finance Minister is able to come up with imaginative tax and non-tax revenue mobilisation measures in such manner that lower middle class and the poorer sections benefit there would be no significant pick-up on the demand side. It is these classes that would spend and help arrest the demand slowdown.

Equally important would be the Finance Minister’s measures on the side of tariffs and export incentives. These are crucial for growth via manufacturing and exports. While addressing global slowdown, partly attributable to downward revision to India’s growth projections, IMF in its latest Economic Outlook Update has some implied messages for India.

While bringing a focus on “social unrest” negatively impacting growth in India and a few other emerging economies – the Fund’s guarded language as at the time of demonetisation -the Update says a “key imperative—increasingly relevant at a time of widening unrest”—is to enhance inclusiveness,’. The impact of social unrest has been included in the IMF’s reassessment of India’s growth projections, it says. Policies must ensure safety nets are indeed protecting the vulnerable and governance structures strengthen social cohesion. It calls for spending on health and education “to raise human capital, while at the same time incentivizing entry of firms that create high value-added jobs and gainfully employ wider segments of the population.”

The Finance Minister has major challenges on hand — not only to reactivate the economy but also to evolve measures to restore stability and credibility to the banking system. A majoritarian Government by itself is no guarantee of macro-economic stability unless and until public finance and the monetary system are perceived to be on strong foundations and the people are not subjected to shocks like PM Modi’s demonetisation in November 2016 from which the economy is still to be freed of its lingering negativity.

But 2020 is likely to remain politically turbulent. The current social unrest in India centred on safeguarding constitutional values of democracy, inclusion and fundamental rights seems set to prolong and widen. However, large masses of people are veering round to civil disobedience on Gandhian lines as long as the BJP Government is unyielding and ignoring the protests over issues of citizenship and respecting autonomy of leading universities, research and other public institutions.