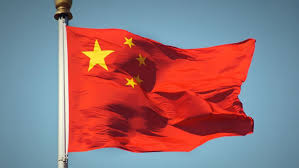 COVID-HIT ECONOMIES ARE EASY TARGETS
Lockdown, global stock market collapse and negative bottom line of both large and medium enterprises are now engaging cash-rich Chinese predators to be on the prowl to take over ‘good looking’ assets as sinking corporate valuations are turning attractive for aggressive investors. Earlier this month, Industrial and Commercial Bank of China (ICBC) and China Investment Corporation (CIC) had reportedly asked bankers to scout for good investment opportunities in the financial services sector. Together, the two funds are looking to deploy around $600-650 million through the purchases. According to the Indian stock exchange data, the People’s Bank of China (PBoC) purchased 1.75 crore shares in one of the largest housing finance lenders, HDFC Limited, in the March quarter. The Chinese central bank bought 1,74,92,909 crore shares in HDFC, accounting for 1.01 percent of its paid up capital. The Indian government is concerned. It promptly revised the country’s Foreign Direct Investment (FDI) policy. Investments from China will now require a clearance from the Centre. The idea is to curb opportunistic acquisitions of Indian companies in the aftermath of Covid-19 becoming pandemic and the economic crisis the virus has brought in its train. Understandably, China is angry. It threatens to move the WTO against India’s action.

Investment funds such as ICBC and CIC are believed to have full backing of the Chinese government. They are particularly interested in taking over companies in India. The latter was among the top 10 FDI recipients in 2019, attracting $49 billion in inflows, a 16 per cent increase from the previous year, according to a Global Investment Trend Monitor report compiled by the UN Conference on Trade and Development. This is despite the fact that the global FDI remained flat in 2019. Incidentally, China itself saw almost a zero-growth in FDI inflows. China’s FDI inflows stood at $140 billion in 2019 as against $139 billion in 2018. The FDI in the UK was down six percent as Brexit unfolded. On the other hand, foreign investors have been pouring in funds in good quality large-cap stocks in 2019, with their net investment in Indian equities nearing the Rs.1-trillion mark, last year– a six-year high. In 2019, foreign portfolio investors (FPIs) pumped in a net Rs.99,966 crore ($14.2 billion) in equities. The inflow during the year was the highest since 2013, which witnessed a net equity investment of Rs 1.1 trillion ($20.1 billion). In keeping with the global trend, India’s secondary market got badly mauled in the first quarter of 2020 when Coronavirus became pandemic.

According to market participants, queries from Chinese investors intensified after the Covid-19 outbreak since none of the other foreign institutions could match their fund investment power through such difficultly times. For instance, The total assets under management of ICBC stood at a staggering 1.4 trillion yuan as of 2019. This translates into $200-220 billion. CIC is bigger, controlling assets worth over $900 billion across the globe. Roughly, the combined assets of both these groups amount to around 60 per cent of India’s total market capitalisation. The entry of the Chinese private firms at a large scale in the country since 2014 received a good welcome in India. The subsequent influx of capital from Chinese companies and institutions has changed the nature of China Inc’s engagement with India. The most striking part about this change is that it took place steadily, though almost silently, until China’s latest acquisition in HDFC stocks. India’s new engagement with China presents both opportunities and challenges for the country in pursuing its strategic and commercial goals with regard to China. Suffice it to say that the Chinese investment and acquisitions in critical sectors hold immense implications for India’s diplomacy, trade strategy, and security. Until 2014, the net Chinese investment in India was officially put at US$1.6 billion, mostly in the infrastructure space, involving major Chinese players led by predominantly state-owned enterprises. By the end of 2017, the total Chinese investment increased by over five-fold to at least US$8 billion, according to data from the Ministry of Commerce in Beijing, with a noticeable shift from state-driven to market-driven investment from the Chinese private sector. The actual investment from China could exceed the official figures by at least 25 percent. Chinese companies have acquired stakes in Indian pharmaceutical and technology sectors, and participated in numerous funding rounds of Indian startups in the technology space. Another US$15 billion is pledged by Chinese companies in investment plans or in bids for major infrastructure projects that are yet to be approved.

Governments across the world are as much worried about deep-pocket China’s aggressive market participants as the spread of Coronavirus. The reason is simple. Right now, China, including Hong Kong, is sitting on the world’s biggest free foreign exchange reserve in US$. This provides China a massive financial muscle to influence, if not to control, markets around the world. China is merely taking advantage of liberal foreign exchange regimes of countries. Chinese companies and financial institutions are out to grab the opportunity at a time when economies across the world are busy fighting Covid 19 with the help of prolonged lockdowns, bringing most industrial and business activities to a near halt.

According to the latest International Monetary Fund estimate, China’s, including Hong Kong, foreign currency reserves are close to $3.875 trillion, almost three times the second placed Japan ($1.3 trillion). Switzerland ($850.8 bn.), Russia ($562.3 bn.), Saudi Arabia ($501.8 bn.), Taiwan ($479.1 bn.), India ($473.3 bn.), South Korea ($409.7 bn.) and Brazil ($359.4 bn.), which are among the top holders of foreign currency reserves. However, China’s forex strength is not easily countable as many of its enterprises operate their reserves through firms located outside the country. The US and countries in Europe are bolstering corporate defences against Chinese ‘predators’ as they worry that Coronavirus-weakened companies could be easy acquisition targets.