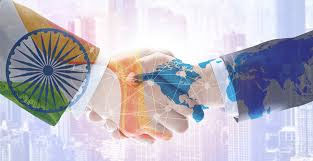 Oceanic catastrophes, due to climatic vulnerability, await Myanmar along the coastlines, as a sequel to which the basic development plans, particularly exploitation of rich natural gas fields, face grave uncertainties. The potential devastation from the changing climate may extend to the Nicobar Islands face. The threat is augmented due to rising sea levels and increased frequency of storms, afflicting the Bay of Bengal and the Nicobar Islands. All this has been documented and scanned by Thant Myint- U, reputed historian of modern Burma and grandson of former United Nations Secretary General U Thant, who termed this as ‘the new crossroads in Asia’.
A Burmese American and author of ‘The Hidden History of Burma: Race, Capitalism, and the Crisis of Democracy in the 21st Century’, Thant Myint- U has in mind Myanmar ’s fragile young democracy, coping with increased frequency of cyclone and storm- surge damage, dramatic global fluctuations in energy prices, and intensifying competition between China, India, and the West. He is specially concerned about the loss of productivity in the rice crop whose production and trade accounts for nearly half of Myanmar’s GDP and increasing numbers of internal climate refugees “I’m worried that Burma could become the world’s first climate- induced failed state,” he lamented.
Normally, up to 40 percent of the Ganga and Irrawaddy river deltas have been flooded every year due to monsoon rains over centuries, encouraging local populations to grow rice in the floodplain. In recent years, the coverage increased to 70 percent causing a sharp rise in the magnitude of environmental refugees. Asizable proportion of 56 million resident Myanmarese is under climatic and oceanic threat.

AUNDP study, ‘COVID-19, Coup d’Etat and Poverty: Compounding Negative Shocks and Their Impact on Human Development in Myanmar’, released in April this year is ,based on research findings and analysis of data collected prior

and duringthe COVID-19 pandemic in Myanmar on the socio-economic impacts ofthe compounded negative shocks of COVID-19 and the ongoing coup d’état. The number of people below the poverty line might have gone by 12 million meaning the number of Myanmar people living below subsistence level have crossed 25 million or nearly half of Myanmar ’s population.

Therulingmilitary junta that grabbed the power through a coup, ousting the elected chief of state Aung Sun SuuKyi, a Nobel laureate for peace, in November last year seem taking the warning kindly. Ever since the reimposition of army rule, over 1,000 civilians have been killed by Myanmar security forces and thousands have been arrested, according to the United Nations. Among the killed were 75 children and non- adults. The junta is too occupied to combat strikes and protests against the crackdown to turn its attention to the impending ecological threat.

Myanmar’s tentative democracy is being internationally condemned frequently. The UN Special Rapporteur Tom Andrews tweeted keeping in mind the regional summit of ten ASEAN states between 26- 28 October : ‘Here is the English version of my address to the UN GeneralAssemblytoday where Icall for Member States to stand with and for the people of Myanmar by denying the junta what it needs to keep holding them hostage: money, weapons and legitimacy’.
Thant Myint-U, regarded as one of theablest chroniclers ofmodern-day Myanmar and its multiple deep economic, religious, and ethnic fault lines, expressed his chagrin over destruction of infrastructure in his book The education system was in tatters for long, more so as the military remained the dominant institution in the Burmese society, plus the split in the demographic structure along ethnic and religious lines. He narrates how a sour ethnic nationalism curdled among the Burmans who are the majority. During decades of military rule the Myanmar government forcibly ejected hundreds of thousands of ethnic Indians and launched multiple scorched earth operations against the Muslim Rohingya. His book is hyphenated distantly from the monotonous portrayals ofMyanmar of mist-shrouded land of saffron monks and gleaming pagodas or a would- be Shangri- La whose innocent people were oppressed by military dictators.

The Burmese scholar ’s warnings about geo-ecological disaster-at-the doorstep are endorsed bya NASA- funded study by researchers at the Bigelow Laboratory for Ocean Sciences in East Boothbay Harbor, Maine, and at the Naval Postgraduate School, in Monterey, California. With the use of satellite observations of chlorophyll and sea- surface temperature readings, a researcher, Joaquim Gos, drew up a map of nitrate concentrations in the oceans , needed for NASA’s global circulation modelling.
His mapping revealed unusually large blooms of phytoplanktonin the Arabian Sea (on the other side of the Indian subcontinent from the Bay of Bengal and the Andaman Sea) – an indication of cooling in the Arabian Sea, mainly due to changes in the upwelling of cold bottom waters. Careful forensics confirmed an increased upwelling, linked to wind patterns over the ocean, themselves a function of changing patterns of the Asian summer monsoon. A school of atmospheric physicists and climatologists have beenpredicting globalcoolingahead despite ‘slanderous’ opposition from the internationally powerful group thatemphasise the threat from global warming.

However, the high probability of climatic and resultant oceanic catastrophes is not wholly related to Myanmar and Nicobar Island. At grave risk is China’s mega- investment of billions of dollars in the Rakhine State where China is laying oil-and-gas pipeline and setting up a deepwater port at Kyaukphyu on the northern tip of Ramree Island. Beijing is highly optimistic about the whole project, which, once fully operationalised, would become the second Suez Canal, a passageway connecting Chinese rail and trade directly to the Indian Ocean, bypassing the Malacca Straits. However, Beijing’s dream may turn into a nightmare, if the ecological predictions come true.