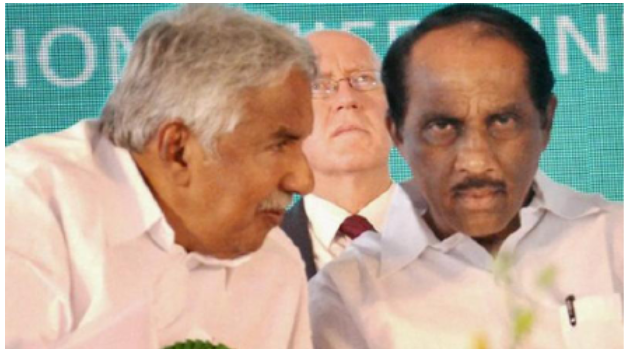 EXPULSION OF JOSE GROUP IN KC(M) MAY CHANGE EQUATIONS
The crisis bedevilling the Congress-led United Democratic Front (UDF) has deepened with the Congress leadership expelling the Jose K Mani-led faction in the Kerala Congress(M).

The expulsion followed the refusal of the Jose faction to obey the directive of the Congress to resign the Kottayam district panchayat presidentship. This was the condition set by the P J Joseph-led faction in the KC(M) to resolve the crisis plaguing the party.

The open defiance of the directive left the Congress leadership with no option but to expel the Jose faction.

Jose K Mani ha promptly blamed the Joseph faction for putting pressure on the UDF leadership to act against him. This was a stab in the back of the faction which has steadfastly remained with the UDF for over 30 years, Jose lamented. By expelling him and his supporters, the Congress leaders have actually insulted KC(M) founder late K M Mani who was one of the founders of the UDF.
The bone of contention between the two factions was the Kottayam district panchayat president’s post. UDF leadership says there was an agreement to hand over the post to a leader belonging to the Joseph faction after six months. But Jose has denied any such agreement.

Now that the Jose faction is out of the UDF, the Joseph faction is set to move a no-confidence motion against the Kottayam district panchayat president.. The motion will get the support of the Congress. It remains to be seen what stand the CPI(M) will take on the issue
The Indian Union Muslim League (IUML) has extended full support to the decision to expel Jose. The League had made an attempt to resolve the crisis. But it failed in the face of stiff opposition from Jose Mani.

What are the options before Jose? He cannot join the Left Democratic Front (LDF) because CPI State secretary Kanam Rajendran has said the faction is not welcome. Though the CPI(M) leaders have a soft corner for Jose, they are un likely to offend the CPI by overruling that party’s objection to the entry of the Jose Mani faction into the LDF.
The other option is for Jose to join the BJP-led National Democratic Alliance (NDA). In a significant development BJP State chief K. Surendran has said that the doors of BJP are open for the Jose faction provided they endorsed the policies and programmes of the Narendra Modi Government.

Surendran’s open offer has heightened speculation that the Jose faction is all set to join the NDA which is desperately looking for allies in the State. The BJP is, of course, keen on roping in the Jose faction as that would fetch the party and the NDA led by it a section of the Christian vote, especially in central Kerala, which is the stronghold of the KC(M).

The coming days could witness a change in political equations. If the Jose faction joins the NDA, that would be a bonus for the B JP. It would mean a setback for the UDF, which is already plagued by a plethora of problems. How the crisis will pan out is the million dollar question.