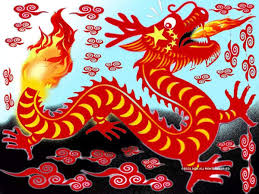 ITS INTRUSION INTO INDIAN BUSINESS IS TOO DEEP AND WIDE
China’s fast economic incursion into India looks as portentous as its constant land-grab attempts into Indian territory along the Line of Actual Control. The entire Sino-Indian border (including the western LAC, small undisputed section in the centre, and the McMahon Line in the east) is 4,056-kilometre long and traverses one Indian union territory, Ladakh, and four Indian states: Uttarakhand, Himachal Pradesh, Sikkim, and Arunachal Pradesh. Surprisingly, India has not been able to control China’s expansionist tactics in both the geo-political and economy fronts.

In the economy front, India yielded over the years a huge space to China, more willy than nilly. This is simply inexplicable especially under the background since the first three-day China-India war in 1962 that led to a big defeat for Indian Army losing 10,000 of its highly under-equipped personnel as prisoners of war (POWs) to China’s People’s Liberation Army. Before the war, Pandit Nehru was as cosy with China’s Chou En Lai as, until recently, Narendra Modi with Xi Jinping. Unfortunately, pacifist India refuses to learn. Clearly, Indian diplomats failed to read China’s mind — then and now. Shaking off China from the Indian market now looks more difficult than fighting the PLA on 14,000 feet at Pangong Tso, Galwan Valley, Demchok and Daulat Beg Oldie in eastern Ladakh, among others.

Thanks to India’s independent economic policy that ignored China’s continuous show of diplomatic arrogance against India in international and regional forums, the country has yielded a vast ground to China’s business interests even at serious security risks. For instance, a decade ago, the Indian government trashed a warning by its top intelligence agency, RAW, that called for banning Chinese gear makers — Huawei and ZTE — into Indian telecom networks. In 2010, RAW had raised security concerns against the two Chinese firms citing that the PLA was a key Huawei customer and the company was involved in China’s intelligence-gathering operations. Today, China is so deeply involved in India’s security-sensitive telecom sector that the powerful Cellular Operators Association of India (COAI) has the courage to openly tell the government to keep business and politics separate on India-China standoff and allow companies to take business decisions independent of political considerations. COAI was responding to a recent government diktat asking state-owned Bharat Sanchar Nigam not to use Chinese telecom gear in its 4G upgradation.

This is only one major example of how China has been systematically spreading its vice like grip over India’s industry and fomenting business resentment against the government’s anti-China moves. China is entering India’s transport and infrastructure sector such as rail, roads, airports and even real-estate development, directly or indirectly. India has emerged as a top borrower from China-led Asian Infrastructure Investment Bank (AIIB) with several billions of dollar worth loans in the last few years. Among the AIIB-funded projects are Mumbai Metro, Andhra Pradesh new capital Amaravati’s development and irrigation network in West Bengal.

China is the largest AIIB shareholder with critical 26.06 percent voting shares in the bank. India accounts for 7.5 percent shareholding followed by Russia 5.93 percent and Germany with 4.5 percent. In India’s power sector, China is fast expanding its presence. Chinese firms supply equipment for 78 percent of India’s solar power market. Offering a robust supply chain and remarkably low prices, China has been fuelling the power sector’s growth in India for about two decades now — from coal powered units to solar power.

Examples of China’s deep inroads into India’s economy are mind boggling. There is little that India could do at the stage to throw China out of its business and economy atlas. Some of the Indian states and government firms (PSUs) may either cancel large contracts awarded to Chinese infrastructure companies or refrain from issuing new orders to companies from China even if they have emerged as successful bidders in auctions. At least three state governments – Maharashtra, Uttar Pradesh and Haryana – have pledged that Chinese businesses don’t really make a headway in their states in the near future. But, that hardly means anything. Paradoxically, only a few days before the latest Chinese military attack on Indian Army, the government awarded a Rs.1,126 crore contract to Shanghai Tunnel Engineering Co. (STEC) for the construction of a 5.6-km underground stretch from New Ashok Nagar to Sahibabad under the National Capital Region Transport Company.

Today, China is India’s second largest import source. India is losing massive foreign exchange to China, causing unemployment of its own people in domestic manufacturing and commerce. India’s imports from China have risen at an astounding pace — from $2.7 billion in 2002-03 to $76 billion in 2017-18. China’s share in total Indian imports rose from 4.5 percent in 2002-03 to 16 per cent in 2017-18. Local households have been flooded with Chinese products, including quintessentially Indian sindoor (vermilion), earthen Divali lamps and Kolhapuri slippers. Having yielded such a vast economic space to China, is it really possible for the government to contain China’s business entry? It is time that the government comes out with a clear policy on trade, commerce and investment with China rather than making confusing political statements.