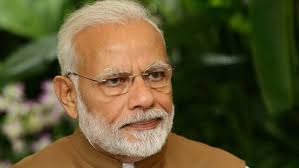 The BJP-led NDA completed one year of its second term on 30 May, with senior party leaders, Prime Minister Narendra Modi, Home Minister Amit Shah and BJP president JP Nadda listing the central government’s achievements during the period. Modi addressed the letter to the citizens of the country thanking them for their blessing which helped the Nation to take historic decisions and progress rapidly in the last one year and a dream of making India a global leader is going to fulfill. Modi also shared a document on his official Twitter handle detailing the steps taken by the government for the progress and development of the country. “Have a look at the Vikas Yatra that gives glimpse of our collective journey of development, empowerment and service,” it said. The tweet also underlined Modi government’s self-claimed milestones, from “ensuring a new dawn of Jammu and Kashmir and Ladhak to historic corporate tax cut from empowering farmers and traders with pension to adding a peaceful resolution to the Ayodhya issue”. Meanwhile, Congress is disappointed and declared the year as one of disastrous management and diabolical pain and declared the “Modi government is at war with its people, inflicting wounds instead of healing them”. On the other hand TMC too termed the achievement of the second term of the Narendra Modi government in its first year as zero.

BEHIND THE SCENES OF AJIT PAWAR GARLANDING SAVARKAR’S PORTRAIT

Maharashtra Deputy Chief Minister Ajit Pawar’s decision to garland the portrait of Vinayak Damodar Savarkar at Mantralaya on the 137th birth anniversary of the Hindutva ideologue has created ripples in the political circles of Maharashtra. The function in Maharashtra would have gone unnoticed, but for echoes of a Congress protest in Bengaluru being heard in Maharashtra. The Congress, which is a staunch opponent of Savarkar’s ideology, has protested the renaming of the Yelahanka flyover in the Karnataka capital as ‘Veer Savarkar Flyover’ in the last few days. Objecting to the B.S. Yediyurappa-led BJP government’s move to rename the flyover, Congress leader and former Karnataka CM Siddaramaiah termed it as an insult to the freedom fighters from the state. In Maharashtra, the Congress didn’t immediately react to Pawar’s official act. But the party patronised National Herald newspaper tweeted: “Even in #Maharashtra #Savarkar has been a controversial personality with even the father of #Uddhav Thackeray accusing him of promoting falsehood and Brahmanism”. It is in this backdrop that the Maha Vikas Aghadi leaders are looking with disapproval at Ajit Pawar garlanding Savarkar’s portrait. They believe it was meant to send out a message to the BJP as also the Rashtriya Swayamsevak Sangh (RSS). The Congress and Sena leaders believe that Ajit Pawar is keeping his options ready in the event of a power-tussle in the NCP or in the Maha Vikas Aghadi at any point in future.

After the suspension of Dr Ajay Gupta, Director Health Services of Himachal Pradesh, on the charges of corruption for taking a bribe of Rs 5 Lakh from a businessman who supplied the PPE kits to the Himachal Pradesh government at the current Covid-19 pandemic situation, the infighting in BJP between groups has come to the fore. National president JP Nadda’s confidante, the state BJP chief Rajeev Bindal, has resigned. Congress state chief demanded an investigation and wants to know the relationship between Bindal and Dr Gupta. Bindal was former Health Minister in the Prem Kumar Dhumal ministry. According to BJP sources, when the BJP leaders approached Prime Minister Narendra Modi regarding this corruption, the PM Office intervened and BJP National President JP Nadda asked Bindal to resign. Bindal is against the Chief Minister Jai Ram Thakur because he wants to become a minister in his state government, but when he was not included in the Cabinet, JP Nadda made him state BJP chief. Bindal has been trying for the extension of Dr Gupta who is going to retire soon.

WHO WILL SUCCEED UK SINGH AS UTTARAKHAND’S NEW CHIEF SECRETARY?

Chief Secretary of Uttarakhand, Utpal Kumar Singh, is going to retire on 31 July. Now the chief minister, who is presently fighting Covid-19 pandemic in the state, has to send three names to Centre for the post of chief secretary. Chief Minister Trivendra Singh Rawat wants three-month extension for Utpal Kumar Singh citing the urgency during the present Covid-19 period, as his image in the state is clean and also that of a hard working officer. It is believed that in case Utpal Kumar Singh isn’t granted an extension, he could be made a chairman of a commission in the coming days. The name of Om Prakash, a 1987 batch officer and at present the deputy chief secretary, a close confidante of the chief minister, is on the top in the list to replace Singh. However, the problem is that he belongs to Bihar and the officers of Uttarakhand do not want to have an outsider, but prefer someone from their state as the chief secretary. Hence, Radha Raturi, who is one batch junior to Prakash, has come in the race. Although Anup Wadhawan of 1985 batch is the senior-most, but at present he is posted in the central government. In the same way, SN Sandhu is also posted in central government, so the chances of Radha Raturi of becoming the next Chief Secretary of Uttarakhand is quite high.

Covid-19 pandemic has finally impacted the able Chief Minister of Rajasthan, Ashok Gehlot. Firstly, while the number of cases has increased, Ashok Gehlot has come out strongly and in control of the situation, displaying tact. Secondly, the political consequence seems to be becoming more difficult and problematic, as the MLAs, especially those who have come from BSP as well as the independents, are turning restless because the cabinet expansion is being delayed due to fear of the coronavirus. On the other hand, the Congress has two groups led by Ashok Gehlot and Sachin Pilot. At least 12 MLAs are waiting with bated breath for the expansion. Meanwhile, RBI advised the state governments to reduce their expenditure, hence the MLAs are restless and now creating difficulties for the chief minister.